Puja had UNDIAGNOSABLE pain in her legs; couldn’t walk. But Jesus healed her & she believed. 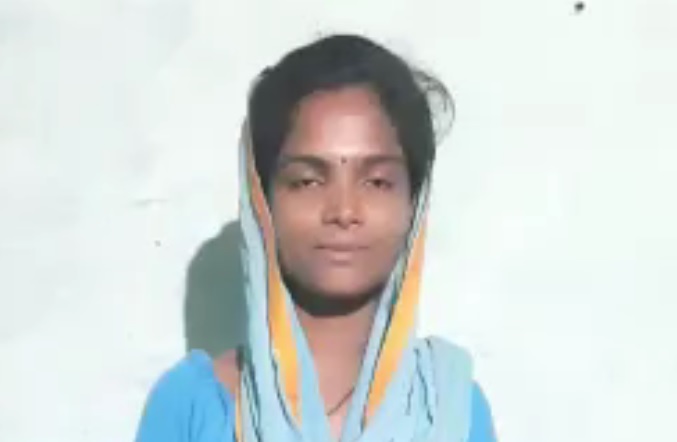 “Greetings to you in Jesus’ precious name! Thank you so much for your intercessory and financial support.”
.

“A woman named Puja Majhi had pain in her legs making it difficult for her to walk. However, neither she nor her doctor could diagnose the cause of the pain. Finally she had to stop walking due to the pain. Then our Elijah Challenge workers ministered to her with the power and authority of the name of Messiah Jesus, and the pain left. Puja was able to walk normally again. She accepted Jesus Christ.”
.

“A man named Daisu Munda had suffered from sickle cell anemia and accompanying fever for a long time. He had already been treated in the hospital for fifteen days but during that time his condition worsened. Finally he was taken home from the hospital. Daisu was then brought to one of our house churches by a relative. He stayed with our Elijah Challenge workers for three days while they ministered to him in the name of Messiah Jesus. Daisu was miraculously healed. Both he and his wife accepted Jesus as their only Lord and Savior.”
,

“Amlan Bud had a severe infection in his stomach. Consultation with a doctor followed by prescription medication was unable to deal with the infection. After that he took different medication, but again to no avail. Finally Amlan came to one of our Elijah Challenge house churches where our workers ministered to him in Jesus’ name with authority and power. The infection left and he was miraculously healed. Amlan then put his faith in Jesus as Lord and Savior.”
.

“For eight to ten days, a baby boy named Bipul had a fever. His parents took him to a hospital where he was given prescribed medication, but his temperature remained high. His forehead was hot to the touch—worrying his parents. Then they came across our Elijah Challenge workers who ministered to Bipul in the name of our Lord Jesus. The fever then left. His parents then accepted Jesus Christ.”
.

“Rajesh had a bad tooth infection causing his cheek to swell. It was so severe he wasn’t able to eat or drink. The dentist wanted to extract the infected teeth. But our Elijah Challenge workers ministered to him in the wondrous name of Jesus, and the infection miraculously subsided. Afterwards Rajesh believed and accepted Jesus Christ.”
.

Basti, a Hindu woman, was blind in one eye and partially blind in the other. Then she attended one o...
Wonderful harvests of souls in North India accompanied by miraculous signs confirming the gospel
Man in critical condition with diabetes & high blood pressure taken to Hindu temple, to sorcerer, th...
INDIA: Village chief with family comes to event to watch for fake healings when his own daughter’s b...