Basti, a Hindu woman, was blind in one eye and partially blind in the other. Then she attended one of our house churches… 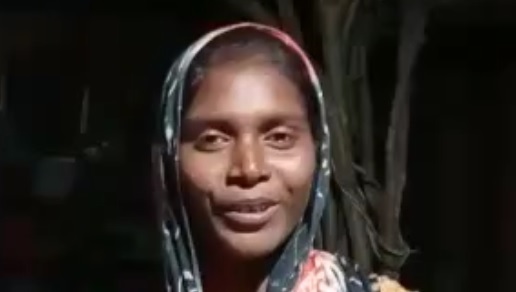 “Thank you so much for your intercessory and financial support for the fruitful ministry here in India. Almost every day perishing souls are being added to the Lord’s kingdom through our harvest workers. I am receiving very exciting reports that in some places entire villages are coming to Christ after experiencing dramatic miracles of healing and deliverance. Praise the Lord!”
.

“For two years Basti had been blind in one eye and partially blind in the other. She had taken medicine for her condition for a long time, but the blindness stubbornly persisted. After she heard about the ministry of The Elijah Challenge, she attended one of our house churches. There our trained workers ministered to her in Jesus’ wondrous name, and the Lord restored her vision. Basti was able to see normally again. She then accepted Jesus Christ.”
.

“Rebati suffered from a skin disease over her entire body. She had already taken many medications prescribed by doctors at a hospital, but the disease over her body would not subside. Then our Elijah Challenge workers came and ministered to her with authority and power in the name of our Messiah Jesus. The Lord touched her, and her skin miraculously cleared up. Rebati then believed and received Jesus as her personal Lord and Savior.”
.

“Rajesh Valla’s arms and legs were abnormally bent and crooked. The local doctor was baffled, and Rajesh had no money to seek more advanced treatment in the hospital in the state capital. He was very upset, and started drinking regularly to deal with the anxiety over his abnormal condition. But then one of our Elijah Challenge workers counseled him and ministered to him with the Lord’s authority and power. Rajesh’s arms and legs then straightened out miraculously. Accompanying our harvest workers, Rajesh is now witnessing for our Lord Jesus and sharing his testimony in many places.”
.

“A woman named Bhagabati had met with an accident for which she received medical treatment. But afterwards she discovered that she could no longer bend over. When our Elijah Challenge workers ministered to her in Jesus’ wonderful name, Bhagabati was miraculously healed. She then put her faith in Jesus Christ as her personal Savior. In the video below you can see Bhagabati bending over normally.”
.

“Pinkey Digal is a young lady still in intermediate (high school) who suffered from arthritis. Due to the severe pain she missed classes and so had difficulty keeping up with her studies. Then our Elijah Challenge workers came and ministered to her in the name of our Messiah Jesus. The Lord healed her from the arthritis and its accompanying pain. Pinkey accepted Jesus Christ and is now preparing for water baptism.”
.

.
“Please continue to pray for us so that we may work most diligently in the Lord’s vineyard to reach as many unreached peoples as possible. We are praying for you and the entire Elijah Challenge.”

Supernatural miracles in Third World Missions does not conflict with Cessationism