Young Hindu woman in depression due to paralysis in both legs healed in Jesus’ name. Her family accepts Christ. 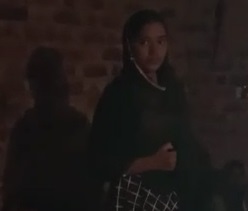 “Thank you so much for your intercessory and financial support for the extension of His kingdom in India. We are thankful to God for the very fruitful blessings on the ministry in areas of India where the gospel has never been preached.”
.

“Phulnati, a young woman (above & below), was paralyzed in both legs. She had taken medicine for a month to no avail. She then went for treatment under a sorcerer, but afterwards there was no change. Paralyzed at such a young age, Phulnati went into depression. Then our workers ministered to her in the marvelous name of Jesus, and she was miraculously healed. Along with her family she believed and accepted Jesus Christ.”
.

“For four years a young woman named Rebati Harijan suffered from a skin disease over her entire body. She had been treated at the district hospital in Bhawanipatna, but despite taking the medication prescribed her condition remained. Then she was taken to the city hospitals in Bhubaneswar and Cuttack where she received more advanced treatment. But after her family had spent a lot of money on the treatment, Rebati’s skin had not recovered. Somehow her father heard about our ministry, and summoned our Elijah Challenge workers. They came and ministered to her in the name of the Messiah Jesus. Rebati’s skin was wondrously and marvelously restored. Her father and mother accepted Jesus Christ as their only Lord and Savior.”
.

“Due to severe arthritis causing pain in her legs, Gita Rani was unable to stand up or walk. Long-term medication could not deal with the arthritis. When our Elijah Challenge workers came and ministered to her, she was miraculously healed. Rita was able to get up and walk freely. She accepted Jesus Christ.”
.

“A little toddler named Siva Majhi had loose bowels for a month. His father had taken him to a nearby local hospital, but the treatment failed to help the little boy. After he became very weak he was taken to the better-equipped hospital in the city, but the loose bowel movement continued. Then our Elijah Challenge workers came and ministered to Siva in Jesus’ name, and he was healed as normal bowel movement was restored. Both his father and mother accepted Jesus Christ as only Lord and Savior.”
.