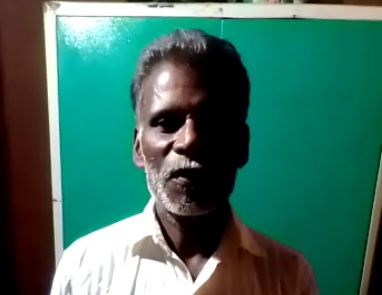 “Thank you so much for your intercessory and financial support for the extension of his kingdom here in India. The Lord is so good to use our harvest workers in various regions with His supernatural power and authority to bring the unreached to Jesus Christ.”
.

“For a long time Surya Kishore had tuberculosis. A few months earlier he had already been admitted to a hospital, but following a lot of treatment the tuberculosis simply would not subside. Then our Elijah Challenge workers ministered to him in the wonderful name of Jesus Christ, and Surya was miraculously healed. Both he and his family believed and accepted Jesus as their Messiah.”
,

“ For a year Channi Kumari could not stop hiccupping. It was so severe that she had difficulty even to eat and drink. She had consulted with a doctor and for months had taken the medication he prescribed. But the hiccups would not abate. Finally she contacted our Elijah Challenge workers who came and ministered to her in the name of the Messiah Jesus. The nonstop hiccups promptly and miraculously ceased. Channi then put her faith in Jesus as her only Lord and Savior.”
.

“A man named Santoshini had a grandbaby who for a few nights did not sleep but instead cried through the night. He refused even to nurse from his mother. According to his parents, the boy had seen very frightening demons in the night. After our Elijah Challenge workers ministered to the boy in the wondrous name of Jesus, he stopped crying.

Three years earlier this very same family had witnessed another miracle. Santoshini’s younger son had left home and totally disappeared. Contact with the family had been totally severed and they had no idea where he was. But after our Elijah Challenge workers ministered to the son in Jesus’ name, he had returned home to his family. After the gospel was preached to the family, they had accepted Jesus Christ.”
,

“A young woman named Nalini Naik had been admitted to the hospital to give birth. The doctor had advised a caesarean delivery, but knowing that they would be hard pressed to afford it her husband wanted to wait for the baby to be born normally. He knew our Elijah Challenge workers and summoned them to the hospital where they prayed and ministered to Nalini in Jesus’ name. After some time the baby was born normally. Both Nalini and her husband believed and received Jesus Christ.”
.