Hindu woman paralyzed for three months after stroke miraculously healed. She and her family accept Jesus. 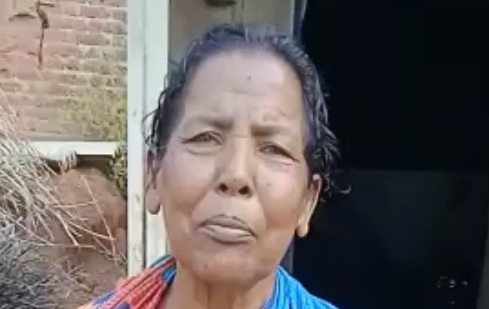 “Greetings to you in Jesus’ precious name! Thank you so much for your intercessory and financial support for the extension of His kingdom here in India. Our gracious Lord is using our harvest workers very fruitfully in His harvest field.”
.

“For three months Sukanti (above & below testifying in the video) was paralyzed and unable to walk due to a stroke. Helpless, she was in the care of her daughters who had to help her to the bathroom and with other routine matters. After our Elijah Challenge workers ministered to her in the wondrous name of Jesus, she was miraculously healed from the debilitating stroke. Sukanti and her family believed and accepted Jesus Christ.”
.

“A four-year-old girl named Runi had a fever and loose bowels. Her parents had given her prescription medication, but her condition remained poor. Then our Elijah Challenge workers ministered to Runi in Jesus’ name, and her fever and loose bowel condition disappeared. Her father and mother both accepted Jesus as their Lord and Savior.”
.

“For a long time a man named Patihial suffered from seizures. Every month he would have a seizure, and at times more than one. The prescription medication he took did not help. Then our Elijah Challenge workers came to his home and ministered to him in Jesus’ name. The seizures stopped. After that Patihial accepted Jesus Christ.”
.

“For three months Biswanath had a fever and migraine headache. But for the past month his suffering increased. He could no longer go out and had to stop working. He had to stay at home most of the time. Prescription medication from a doctor could not control the pain. But when our Elijah Challenge workers ministered to him in the name of the Lord Jesus, he was miraculously healed. The tormenting fever and headache disappeared.  Biswanath believed in the Lord and accepted Jesus Christ.”
.

“A woman named Mathura had pain in the lower part of her chest for six months. Prescription medication did not alleviate the pain. When our Elijah Challenge workers ministered to her in Jesus’ name, the pain disappeared and she was healed. Mathua then put her faith in Jesus as her Lord and Savior.”
.