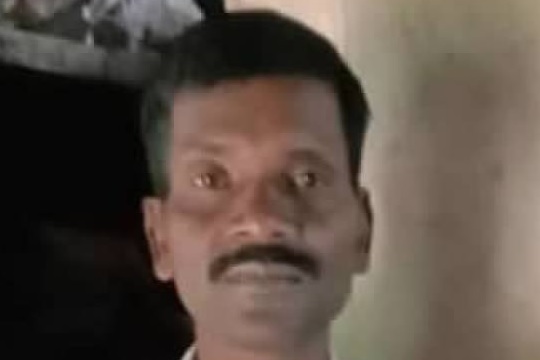 “Greetings to you in Jesus’ precious name! Thank you so much for your intercessory and financial support. The lockdown due to COVID will continue on August 1. But praise the Lord our harvest workers continue go forth two by two to reach the Hindus with the Lord’s supernatural power and authority.”
.

“Soma Oram (above & below) had a terminal kidney and liver infection. He had already been admitted to the district hospital where after a few days the doctor referred him to a better-equipped hospital in Burla for more advanced treatment. After a week there the second doctor came to realize that Soma was not going to survive and so asked his family to take him home. His fellow villagers, hearing that his condition was hopeless, took him back to their village and summoned our Elijah Challenge workers. They went and for five evenings ministered to him in the powerful name of Jesus Christ. Soma miraculously recovered. He and his family believed and put their faith in Jesus as their only Lord and Savior.”
. “For a few months a woman named Sarojini (below) had a mental disease. Her husband summoned sorcerers for help and also took her to a Hindu temple. But her condition worsened. Then our Elijah Challenge workers arrived in their village, and ministered to Sarojini in Jesus’ wondrous name. The Lord healed her and her mind was miraculously restored. The entire family accepted Jesus Christ.”
. “Mina (below) had burned her hands to the extent that she could not raise her hands and do any work. Even after being treated by a doctor with prescription drugs for a long time, her hands remained useless. Then after our Elijah Challenge workers ministered to her in Jesus’ name, she was able to raise her hands with no problem. Grateful, Mina and her family believed and accepted Jesus Christ.”
. “Ramesh (below) had severe back pain which kept him from earning a living as a daily labourer. He came to one of our house churches where our trained workers ministered to him. The Lord miraculously healed him, and he accepted Jesus as his Lord and Savior.”
. “Every night demons would attack the house of a man named Govind (below). Every night they would beat on his doors and make the sound of sand and stones falling from above inside his house. Govind and his family were terrified and ended up staying up every night. A village sorcerer came by to perform mantras, but the demonic attacks continued. Then our Elijah Challenge workers arrived and rebuked the demons, commanding them to leave the house in Jesus’ name. Wonderfully, from that night onwards all attacks and strange sounds ceased. Govind and his family then put their faith in our Lord Jesus.”
.