Hindu man planned to divorce his wife of 16 years—because she could not bear him children. BUT THEN JESUS…! 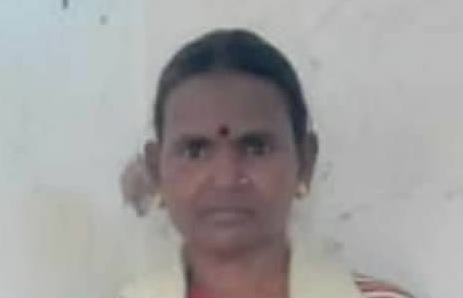 “Greetings to you in Jesus’ precious name. Thank you so much for your intercessory and financial support. We are so blessed with the opportunities of serving the Lord by preaching the gospel in unreached regions of India.”
.

“Sixteen years after their marriage, Gita (above & below) and her husband were childless. For five years they had consulted with doctors who had prescribed ayurvedic and homeopathic treatments for them, but all efforts came up empty-handed. Very frequently quarrels would break out between them. Her husband had done his utmost and spent so much money for treatments in vain. Finally over a period of two years he had left Gita and was planning to divorce her and marry another woman who could bear children for him.

In the meantime he met with one of our Elijah Challenge workers who shared the gospel with him. He told him that if he believed, he would witness a miracle. Our workers then counseled the couple and ministered to them in the wondrous name of Jesus of Nazareth. Gita then conceived. They have now put their faith in the Messiah Jesus Christ, and are now attending one of our house churches.”
.

“A man named Ghana Sham (below) was being tormented by an unclean spirit. In the middle of the night it would appear to him and lead him outside to a graveyard. This had been taking place for a long time. When his family finally came to hear about it, they were very frightened. They went and consulted a well-known sorcerer who would charge them 200,000 rupees to perform mantras and sacrifices. But after ten days of daily mantras, the demon did not leave. Then our Elijah Challenge workers arrived and commanded the demon to leave Ghana in the name of Jesus Christ. The demon left and Ghana was totally set free. He and his entire family accepted Christ after the gospel was preached to them.”
. “For SIX MONTHS Ganga (below) suffered from a fever all over his body. A month in the hospital did not bring down the fever. By then Ganga feared for his life and thought he might die. Then he heard about the ministry of our Elijah Challenge workers, and contacted them. They came and with power and authority ministered to him in the name of Jesus Christ. The fever which had persisted in his body for an extremely difficult six months left. Ganga accepted Jesus Christ as his only Lord and Savior.”
.

“For two years Rabina Hial (below) had hemorrhoids accompanied by severe pain. A doctor prescribed medicine for her, but even after taking it for three months the bleeding and pain continued. Her suffering was unimaginable. Then our Elijah Challenge workers ministered to her in Jesus’ name, and she was miraculously healed. The painful hemorrhoids disappeared. Rabina believed and accepted Jesus Christ.”
. “Smruti Bhaksar (below) had had a mental disorder for six months. Her family took her to see a doctor who treated her with drugs. But her mind was failing. She would have no idea of what she was doing at any moment or where she was going. Over a period of two days our Elijah Challenge workers ministered to her in Jesus’ name. The Lord wonderfully restored her mind. Along with her family Smruti then put her faith in the One who had healed her mind. Glory to God!”
.