Woman with water in her lungs bedridden for a month miraculously healed in Jesus’ name; the family accepts Christ 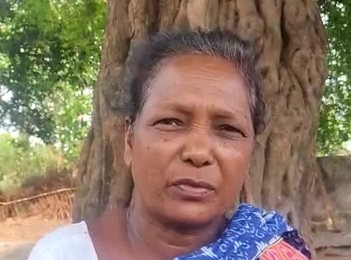 “Thank you so much for your intercessory and financial support for the extension of His kingdom here in remote unreached regions. The Lord has been so gracious to use our harvest workers to reach various unreached people groups.”
.

“Tukuni had a serious problem. There was water in her lungs rendering her unable to walk and even to eat. For a month she had been bedridden. A doctor had prescribed medicine for her, but after taking it Tukuni did not recover. When our Elijah Challenge workers came to minister to her in the name of our Messiah Jesus, the water in her lungs disappeared and she was miraculously healed. Along with her family members Tukuni believed and accepted Jesus as her personal Lord and Savior.”
.

“For a long time elderly Lima had severe asthma. At the government hospital he had been given medication which he had taken faithfully for a few months, but after experiencing no improvement he stopped. Then he came across our Elijah Challenge workers who ministered to him in the name of the Messiah Jesus. Miraculously, Lima was totally healed from the asthma. After that Lima and his family accepted Jesus as their Lord and Savior.”
.

“A woman named Dipti Rani had joint pain for three months. From time to time also a fever would come upon her. After being treated by a doctor with prescription medication, she still suffered from the joint pain. But when our Elijah Challenge workers ministered to her in Jesus’ name, she was healed and the joint pain vanished. She then believed and accepted Jesus Christ.”
.

“Kabita Sabar, a middle-aged woman, had been demonized for fifteen days. Her adult children had summoned a sorcerer to deliver her, but the demon would not come out. Her children were about to get another sorcerer when they came to know about our Elijah Challenge workers. Her children contacted them asking for their help, and they came. Our workers then commanded the demon to leave her in the name of Jesus Christ, and to stop tormenting her. The demon obeyed and left. She was completely delivered. Kabita, who belongs to a tribal community, then accepted Jesus Christ as her personal Savior.”
.

“One night in a dream Bimala was attacked by demons. When she woke up the next morning, one of her legs was terribly swollen. As a result for 22 days she could not walk, unable to do household chores. Then our Elijah Challenge workers came and with authority in Jesus’ name commanded the swelling to subside. She was then delivered from the demonic attack and the swelling in her leg subsided. She was totally healed. Bimala accepted Jesus Christ as her Lord and Savior.”
.