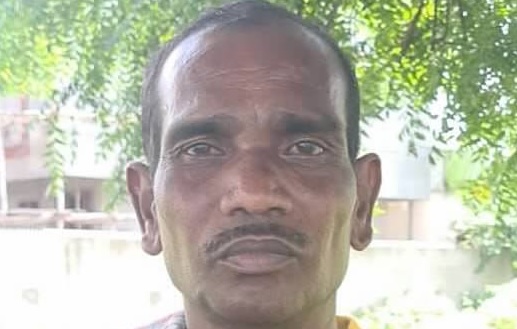 “Thank you so much for your intercessory and financial support enabling us to reach various people groups with the Lord’s supernatural power and authority. Through our harvest workers the Lord is doing a great work for the extension of His kingdom.”

“A man named Patel (above & below) belongs to a high caste people group in India called the ‘Mali’. His wife was very weak after years of suffering from both tuberculosis and demonic attacks. After one of our believers ministered to her over a period of time, she was healed from the TB and delivered from the demonic attacks. Because they then accepted Jesus as Lord and Savior, the other villagers persecuted them severely for months. Patel’s wife could not take the persecution, and so reverted to Hinduism. Once again she started going to the temple and following all the Hindu rituals. But her TB and the demonic attacks returned more severely than ever, and she died (Luke 11:24-26).
. >
Still Patel would not leave the Lord, but stood up boldly for the Lord.

The entire village then came against him. No one would speak to him, see him, or help him in any way. Even his four daughters and two sons left him because of his faith. But Patel remained strong in His Lord and Savior.

Praise the Lord. We went to his home to comfort him, and will soon baptize him.

Please pray for our dear brother Patel in India.”

“Hema Rana (below with her husband) is from another high caste Hindu people group in India called the ‘Kumbhar’. They are very skilled in making pottery. Not a single family in this people group had accepted Jesus Christ.

For the last seven to eight years Hema was severely tormented by demons. During the attacks she would lose consciousness or be unable to see or speak. During past years she and her husband had spent hundreds of thousands of rupees on treatment at the hands of sorcerers in two different districts of the state. But deliverance from the demons was not at hand through the sorcerers. They even went to a few churches asking for prayer, but the outcome of the prayer was no different.

But last week they came to us, and with authority we rebuked the demons and commanded them to leave her in Jesus’ name. Hema was then wonderfully set free by our Lord Jesus. Thankful, both Hema and her husband accepted Jesus Christ.”
.. “Nalini (below) had severe back pain. She could not even sit on the floor, let alone walk very far. A ton of prescription medicine failed to alleviate her pain. When I was in her village for ministry, she came up to be healed. As soon as I laid hands on her back and commanded her to be healed in Jesus’ name, she felt the power of the Lord surge into her back. At that moment Nalini was instantly healed. She walked back and forth and felt no more pain. Grateful to Him for the magnificent thing she had just experienced, she put her faith in our Lord Jesus.”
.