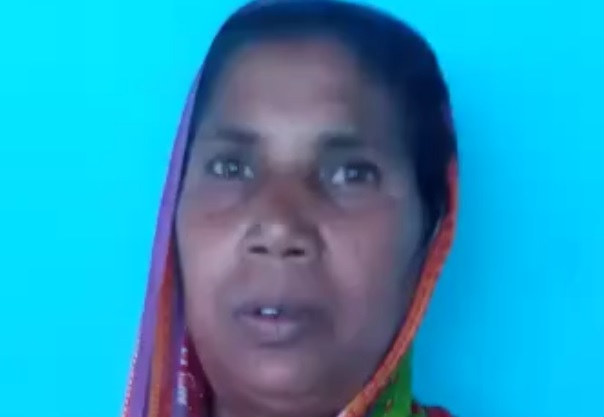 “Thank you so much for your intercessory and financial support for the ministry. Praise the Lord for the fruitful ministry of our harvest workers in unreached regions of India where the gospel has never been preached.”
.

“A woman named Haripriya Rohidas (above & below) was severely ill after having been bitten by a poisonous snake. Our Elijah Challenge workers came to pray and minister to her with authority and power in the name of the Lord Jesus. She was then miraculously healed from the effects of the poison. Haripriya then put her faith in Jesus as her only Lord and Savior.”
.

“A young woman named Kanaka had a serious problem with her uterus which took her to the hospital three or four times. Despite taking the prescription medication given her, she did not recover. She had heard about the miracles in the ministry of our Elijah Challenge workers, but she didn’t believe the reports. However, when her suffering worsened, she relented and came to our workers twice for prayer and ministry. Kanaka was then miraculously healed in the name of our Lord Jesus. She then believed and along with her husband accepted Jesus. Her mother also believed in Jesus after Kanaka shared her testimony with her.”
.

“For six months elderly Bali suffered from severe pain due to arthritis. She was no longer able to walk and take care of her daily chores. A medicine distributor had given medicine to her to take, but it did not help her condition. Then her son took her to see a doctor who diagnosed her condition and prescribed medication for her. But after a few months of taking it Bali experienced no relief from the pain. Then our Elijah Challenge workers came to pray and minister to her in the wondrous name of Jesus. She was then miraculously set free from the pain and arthritis. Bali then decided to accept Jesus as her only Lord and Savior.”
.

“For a year Nalini had a migraine headache. Her husband took her to see a doctor who performed some tests on her. Then he prescribed medicine for her. But there was no relief for Nalini. Then our Elijah Challenge workers came and ministered to her with authority and power in Jesus’ wonderful name. At that point Nalini was totally healed from the tormenting migraine. Along with her husband she accepted Christ Jesus as her Lord Savior.”
.

“A man named Ram Prasad suffered from COVID-19 for two months. He was very afraid as the fever and the pain would simply not subside despite the medication he had taken for a week. Then our Elijah Challenge workers came to pray and minister to him in the powerful name of Jesus Christ. Ram was wonderfully and miraculously healed. After that he accepted Jesus Christ.”
.