People kept their distance from Hindu man with ugly skin disease. BUT Jesus…! 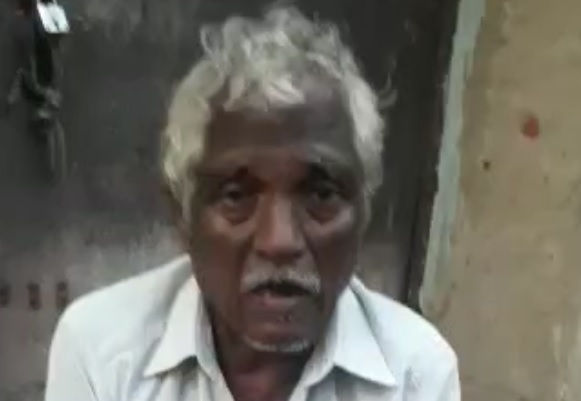 “Thank you so much for your intercessory and financial support for the extension of his kingdom to unreached regions of India.”
.

“A man named Dasaratha (above & below) had an ugly-looking skin disease in both legs and the palms of his hands. Looking at him people would be horrified and keep their distance from him. He consulted with a doctor who prescribed medicine for him, but his condition remained. Then our Elijah Challenge workers came and ministered to him in Jesus’ name. His skin cleared up completely. Dasaratha and his family then accepted Jesus Christ.”
.

“Like the woman in Mark 5:25-34, Mamali suffered from a severe issue of menstrual bleeding for a long time. She had been under the care of a doctor and taken much prescription medication, but the bleeding would not stop. Then she was brought to one of our house churches where our Elijah Challenge workers ministered to her in the wondrous name of Messiah Jesus. Miraculously, her bleeding totally ceased. Mamali then put her faith in Jesus as her only Lord and Savior.”
.

“Charubala had severe swelling in her whole body rendering her unable to walk and even eat. Her children brought medicine for her, but to no avail. They then took her to see a doctor who prescribed medicine for her. But even after she took it for a long time the swelling remained. Then our Elijah Challenge workers ministered to her in the name of Jesus Christ, and she was miraculously healed. The swelling completely subsided. Along with her children, Charubala accepted Jesus Christ.”
.

“For six months the skin on Priyanka’s face was severely infected. She had consulted with a dermatologist who prescribed medicine for her. But the infection did not clear up. When our Elijah Challenge workers came and ministered to her in Jesus’ name, the infection cleared up totally. Priyanka then believed and accepted Jesus Christ.”
.

“A young woman named Bini had stomach pain for two months due to gastritis. Consultation with a doctor followed by prescription medication did not provide any relief. Then our Elijah Challenge workers came and ministered to her in Jesus’ wonderful name. Bini was miraculously healed and accepted Jesus as her Lord and Savior.”
.