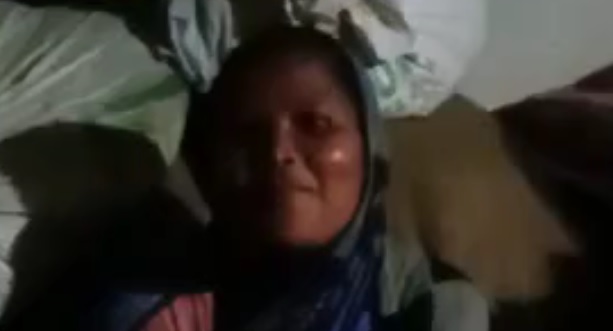 “Thank you very much for your intercessory and financial support. The Lord has been so gracious to us with the powerful reports we continue to receive from our harvest fields here in India.”
.

“A woman named Madhu (above & below) was unaware that a tumor was growing in her stomach. But one day she felt such pain that she immediately went to see her doctor. Examining her, the doctor found the tumor. Madhu was distraught hearing the news. The doctor advised her to undergo surgery in order to remove the tumor. As she made plans preparing for the operation, our Elijah Challenge workers ministered to her with authority and power in the wondrous name of our Messiah Jesus. The tumor suddenly vanished from Madhu’s stomach. After that both she and her husband accepted Jesus Christ as the gospel was shared with them.”
.

“With both of his kidneys failing, Surya Kant was unable to work and even to walk for several days. Despite undergoing medical treatment his condition remained unchanged. Then our Elijah Challenge workers came to his home and ministered to him in the name of Jesus over a period of three days. The Lord graciously touched him, and Surya was miraculously healed. He was able to walk and to ride his bicycle normally. Surya and his family then accepted Jesus Christ.”
.

“For ten days Rasmin Khosala suffered from a fever, cough and a cold. Her temperature would not go down. Her symptoms were those of COVID-19 —– which was again spreading in India. Her doctor had asked her to receive a booster shot. But her father was acquainted with our Elijah Challenge workers and so summoned them. Our workers went to their home and ministered to Rasmin with authority and power in the marvelous name of Jesus Christ. She was wonderfully and miraculously healed. Her family then believed and accepted Jesus as their only Lord and Savior.”
.

“Afflicted with sickle cell anemia for a long time, Jagdish Takri was very weak. He had a problem in his joints and pain in another part of his body. Then our Elijah Challenge workers came and ministered to him in Jesus’ name. Jagdish was miraculously healed, bringing an end to his long time of suffering. The gospel was then preached to him, and he accepted Jesus Christ.”
.

“Amirita Kujur suffered from a disease which doctors could not diagnose. For days she would have pain from her waist down to her calves, and would be unable to walk. Then our Elijah Challenge workers came and ministered to her in the name of our Lord Jesus Christ. Amirita was then wondrously healed, and along with her family accepted Jesus as Lord and Savior.”
.