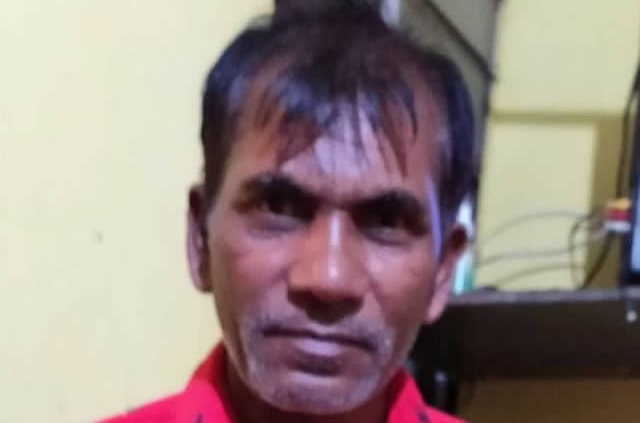 “Thank you so much for your intercessory and financial support for reaching to the unreached here in India, especially during this most severe second wave of the pandemic.”
.

“After suffering a severe stroke two months earlier, Vinod (above & below) had been totally paralyzed, unable even to talk. After our Elijah Challenge workers ministered to him in the wondrous name of Jesus Christ, he was miraculously healed—able to talk, walk, and do his daily work. Vinod and his wife accepted Jesus Christ as their only Lord and Savior.”
. “After seven years of marriage Dharitri (below) was still childless, something which carries a social stigma in India. She and her husband consulted with a doctor who prescribed medicine for her, but she could not conceive. Then they tried both ayurvedic and homeopathic medicine, both still she didn’t conceive. Then our Elijah Challenge workers ministered to her, and she is now pregnant. Both Dharitri and her husband accepted Jesus and are now accepted one of our nearly 800 house churches.”
. “Due to her badly swollen stomach, Ruchi (below) had been admitted to a hospital. After a few days of treatment her condition didn’t improve, and so she returned home. The prayer and ministry of our Elijah Challenge workers were requested. After they ministered to in Jesus’ name, the swelling in her stomach went down. Both Ruchi and her husband accepted Christ.”
. “For twenty days a young man named Kishore Harijan (below) had a fever, cough, and was constantly feeling cold. Medicine did not help. Because everyone in India is now dreading COVID-19, Kishore didn’t dare go to the hospital to be tested. Everyone is afraid that if they go to the hospital, they will never return home. So nowadays no one wants to go to the hospital. Then our Elijah Challenge workers ministered to Kishore, and he was completely healed. He believed and accepted Jesus Christ.”
. “For two months young Manisha (below) had an infection in her liver. The family doctor advised her to undergo an operation which would be expensive for them. While preparing for surgery, they had our Elijah Challenge workers minister to her over a period of a few days. Manisha was completely healed of the liver infection. The family accepted the Lord Jesus as their Lord and Savior.”
.