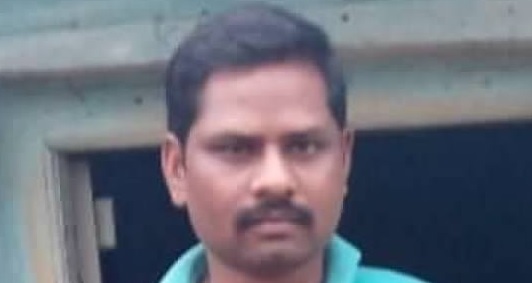 “Greetings to you in Christ our Lord. Thank you so much for your intercessory and financial support. The Lord is so graciously using our workers to reap this endtime harvest despite the situation here in India which is unfavorable for the gospel. Persecution is taking place everywhere, and well-known churches are being attacked by the Fundamentalist Hindus. Please pray for us.”
.

“Sunil (below) had an extremely difficult case of COVID-19, struggling between life and death. He had already been in the hospital for forty-two days, and had lost hope of surviving the deadly virus. But our Elijah Challenge workers then ministered to Sunil in Jesus’ name, and he recovered. Sunil believed in the Lord and accepted Jesus as his personal Savior.”
.

“Tinku Majhi (above & below) was paralyzed. His bones had become very brittle and he couldn’t even talk anymore. For months he had been treated in a hospital, but he didn’t recover despite the medications given him. Tinku was sent back to his home. Then our Elijah Challenge workers entered his village, and hearing about his condition they ministered to him regularly over a period of a few days in the wonderful name of Jesus. A miracle took place, and Tinku recovered and was able to talk, to eat, and to walk again. A grateful Tinku accepted Jesus as his only Lord and Savior.”
. “A man named Om Prakash (below) suffered from sugar diabetes and gastritis for a long time. His condition couldn’t be controlled by medicine or by diet, and Om became very weak. Then after hearing about our ministry, he called our workers to come minister to him. Praise God Om was touched by the Lord after they ministered to him. A thankful Om accepted Jesus.”
. “For the past year Bhagrati Naik (below) had a heart condition, high blood pressure, and sugar diabetes. Needless to say the poor man was absolutely miserable. Even after spending 400,000 rupees for heart surgery, he wasn’t well. Then our Elijah Challenge workers stopped by his home to minister to him, and extraordinary miracles took place. The Lord healed Bhagrati of his heart condition, of high blood pressure, as well as from sugar diabetes. He accepted Jesus Christ as Lord and Savior.”
.

“Due to arthritis, elderly Rakesh (below) couldn’t walk. Prescription medication after prescription medication failed to alleviate his condition. But when our Elijah Challenge workers ministered to him in Jesus’ name, Rakesh was miraculously healed. He believed and accepted Jesus Christ.“
.