Hindu woman stricken with COVID for one month with severe symptoms healed; accepts Christ with husband 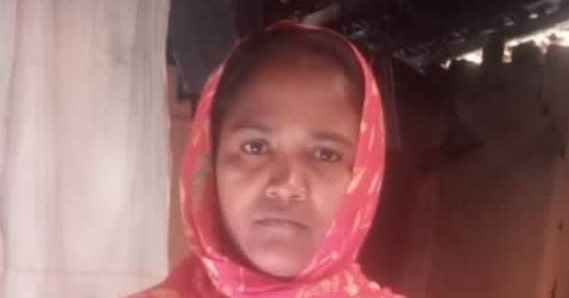 “Thank you so much for your intercessory and financial support for the ministry. The past two days we had our workers’ meeting. We are thanking God for His marvelous work through our harvest workers here in India.”
.

“For one month Gita (above & below) had COVID-19, suffering from a very high fever, cough, and pain in her body. For a week already she had taken medication, but there was no change in her condition. Then our Elijah Challenge workers came and ministered to her in the name of the Lord Jesus Christ. Gita was wondrously healed. A subsequent test came back negative. Both Gita and her husband accepted the Lord.”
. “A young boy name Agni (below) also tested positive for COVID-19 with a very high temperature and coughing which rendered him unable to eat. Prescription medicine did not help. His terribly distraught parents were fearing for their dear son. They were about to take Agni for treatment at another hospital in the city when they heard about our Elijah Challenge workers. His parents requested our workers to come. Our workers came and ministered to Agni in Jesus’ name, and the boy was totally healed. Both father and mother believed and put their faith in Jesus Christ as their only Lord and Savior.”
. “Rosan (below) had not been able to hear for the past five years following a bout with malaria. He had consulted with various doctors and received treatment for his hearing over a few months, but to no avail. But when he attended the gathering at one of our Elijah Challenge house churches, his hearing was restored as our workers ministered to him in Jesus’ name. Rosan accepted Jesus Christ.”
. “A young woman named Santosini Kisan (below) had been demon-possessed for two months. Her father summoned a sorcerer, but he failed to drive out the demon. Then her parents took her to other places seeking help for Santosini, but the demons would simply not leave and continued to torment her. But when our Elijah Challenge workers rebuked the demon in Jesus’ name commanding to come out of her, the demon obeyed and Santosini was set free. Along with her thankful family, Santosini accepted Jesus Christ.”
. “Elderly Mukta Behera (below) had arthritis for many years, severely limiting her ability to walk. Over the years she had taken medicine for the arthritis, but the condition persisted and simply would not subside. Ayurvedic medicine did not help her. Then our Elijah Challenge workers came and ministered to Mukta in Jesus’ name. She was miraculously healed and able to walk normally again. Her gratefully family accepted Jesus Christ.”
.