Hindu man paralyzed on one side of his body and hospitalized for two months miraculously healed. He and his wife accept Jesus. 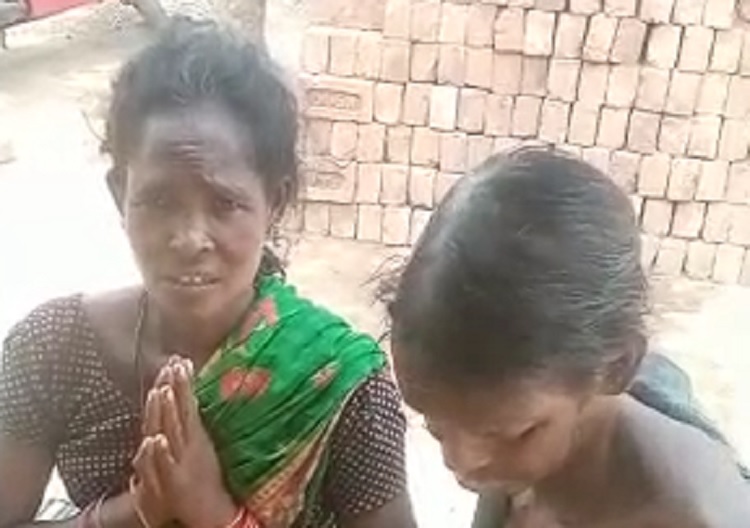 “Greetings to you in the precious name of our Lord Jesus Christ! Thank you so much for your intercessory and financial support for the ministry here in India.”
.

“Tula Khadia had been paralyzed on one side of his body, and for two months had been hospitalized. He could neither eat nor talk. After two months they could no longer afford to pay the hospital, so the doctor requested that the family take him home. By then Tula was extremely weak in his body. Then both he and his wife went directly to the home of our Elijah Challenge workers who ministered to him in Jesus’ name. Within a day Tula was able to talk and eat again. He was healed and able to walk and work using the hand on that side of his body which had been paralyzed. Both Tula and his wife accepted Jesus Christ.” (Below is Tula’s wife testifying with Tula sitting next to her.)
.

“A woman named Jangal was being tormented by a demon at night. She felt physical paralysis in her body. She consulted with a doctor, but he was unable to diagnose her problem. Her husband then contacted our Elijah Challenge workers. They went to their home and ministered to Jangal in the wondrous name of our Messiah Jesus. At that moment she felt something coming out of her leg, and instantly felt well. From that day onwards Jangal experienced no more problems or attacks at night. She and her husband believed and accepted Jesus Christ as their only Lord and Savior.”
.

“For a long time Digha Majhi had suffered from arthritis and back pain, making it very difficult for her to walk and even to sit. Despite taking medication for quite a long while her condition remained. Then our Elijah Challenge workers ministered to her in the name of the Messiah Jesus, and she was miraculously healed. Along with her husband Digha accepted Jesus Christ after the gospel was shared with them.”
.

“A Hindu woman named Prabhati Naik had an infection in her stomach for two years. At the hospital she had been given a lot of prescription medication which she had taken. But Prabhati wasn’t getting well, and was getting tired of taking all the medicine. Then her husband heard about the ministry of The Elijah Challenge, and contacted them. He then brought her—in great pain—to one of our house churches. She was instantly healed as our workers ministered to her in Jesus’ name. Both Prabhati and her husband accepted Jesus Christ.”
.

“For six months Rupali Naik had a migraine headache and pain from her waist from her waist to the lower part of her body. She had seen a doctor several times and taken the medication prescribed. Nevertheless she never felt well in her body. Then she heard about our Elijah Challenge workers, and went to one of our house churches. There she was miraculously healed after our workers ministered to her. Rupali accepted Jesus Christ.”
.