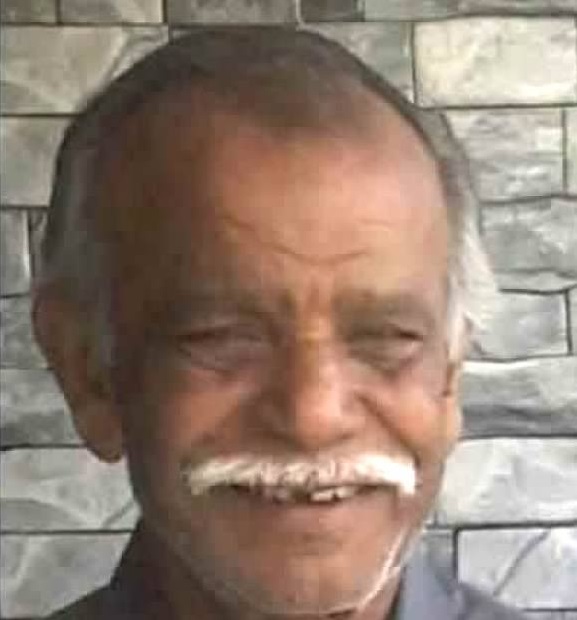 “Thank you so much for your intercessory and financial support for the extension of His kingdom in India. We are so thankful to see the marvelous works of the Lord through our Elijah Challenge harvest workers.”
.

Selected report among many…

“A man named Krushna Chandra Pattanik (above & below) suddenly experienced severe pain in his chest. At the hospital he was given some initial treatment. Afterwards he was advised that he needed heart surgery—which would cost him 500,000 rupees. While arranging for the funds, he was connected to our Elijah Challenge workers. They came and over two to three evenings they ministered to Krushna in the wondrous name of our Lord Jesus. He began feeling the Lord’s miraculous healing power at work in his heart. Then Krushna went to see his doctor where his heart was again examined. The doctor was astonished to see that there was no more need of surgery for his heart. A very thankful Krushna and his entire family then accepted Jesus Christ as their only Lord and Savior.”
. “For the past few years, little Nalini Suna (below) had sickle cell anemia. A doctor had prescribed medicine for her, but her condition had worsened to the point where she was so weak that she could not walk anymore or even talk. Her family was in deep distress for their little girl. Then our Elijah Challenge workers came and ministered to her in the name of our Lord Jesus. Nalini began talking and walking again and was miraculously healed. She was well! After that, her relieved father and mother believed and accepted Jesus Christ.”
.

“Samir Bagh (below) had had a tumor in his stomach—apparently for many years. He did not know he had a tumor until he consulted a doctor about the pain he was having, and the doctor then discovered the growth in his stomach. The doctor said that Samir needed an operation to remove the tumor, but instead Samir called our Elijah Challenge workers. They came and ministered to him in Jesus’ name, and the tumor miraculously vanished. A grateful Samir along with his family then accepted our Lord Jesus Christ.”
. ‘Six months ago a man named Gangadhar (below) was severely injured in an accident. At the hospital he underwent surgery. When he was discharged from the hospital, Gangadhar could not walk and had to be confined to bed for many days. When our Elijah Challenge workers came and ministered to him, Gangadhar got up and walked. After the miracle, he accepted the Lord Jesus.”
. “Jania (below), a young man, had a painful stomach infection and had been admitted to the hospital. His father called our Elijah Challenge workers for help. They came to the hospital and there laid hands on Jania, ministering to him in Jesus’ name. The pain left and he was healed. Jania then put his faith in Jesus and accepted Him as Lord and Savior.”
.