Ministering supernatural healing to people with the COVID-19 coronavirus 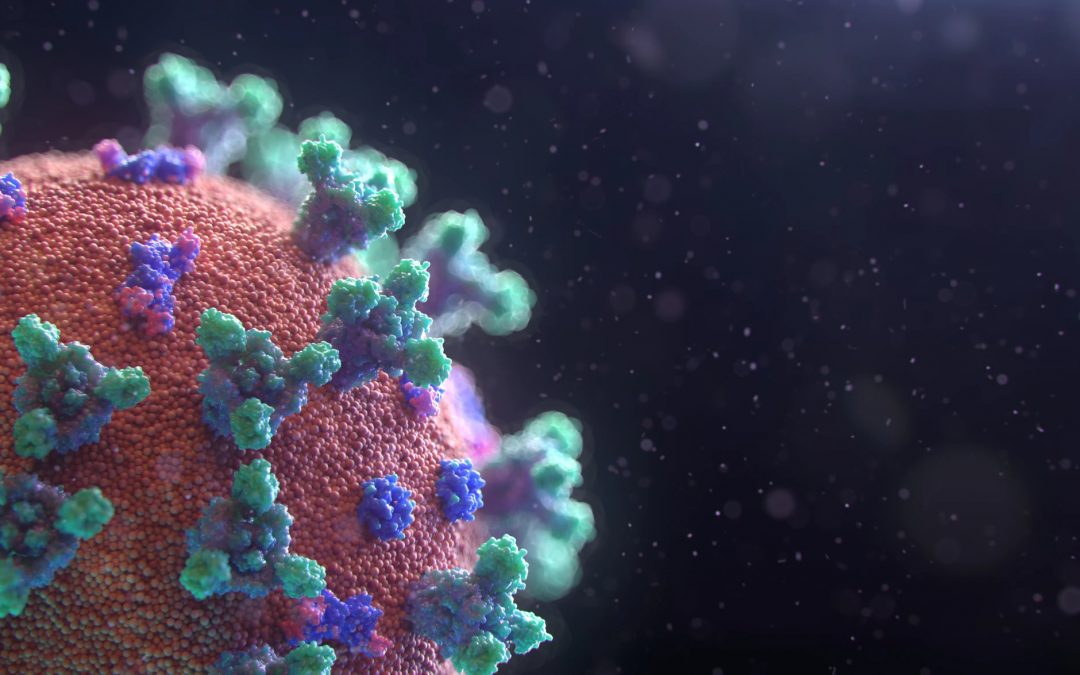 .
The coronavirus crisis might indeed be a preview of the plagues prophesied in Revelation to take place during these Last Days before the end. What will happen before the end is: “the gospel of the kingdom will preached in the whole world as a testimony to all nations” (Matthew 24:14). Yes, the virus is deadly and destructive for literally the whole world. But it can be an opportunity for God’s people to proclaim the gospel to the whole world and fulfill the Great Commission.

In the gospels, we see Jesus often healing the sick using supernatural power and authority. Often he would lay hands on the sick making physical contact and then issue an authoritative command over the infirmity or infirm person. He then taught and commanded his disciples to use this very same power and authority over diseases and demons when proclaiming the kingdom of God.

Due to the coronavirus pandemic, we are being advised to limit physical contact with other people. As an example, some people no longer shake hands when greeting one another, but instead touch elbows. These are good guidelines which should be followed in the context of social situations and gatherings of most kinds. However, when believers minister to the sick, it is normally in the context of the gospel of Jesus Christ. When Jesus performed miraculous works, it was primarily in the context of showing that He is the Son of God who alone can provide eternal life (John 20:30-31). In light of this crucial context, let’s now take a closer look at how Jesus healed the sick.

Luke 4:40 When the sun was setting, the people brought to Jesus all who had various kinds of sickness, and laying his hands on each one, he healed them. 41 Moreover, demons came out of many people, shouting, “You are the Son of God!”

Luke 5:12 While Jesus was in one of the towns, a man came along who was covered with leprosy.  When he saw Jesus, he fell with his face to the ground and begged him, “Lord, if you are willing, you can make me clean.”  13 Jesus reached out his hand and touched the man. “I am willing,” he said. “Be clean!” And immediately the leprosy left him. 14 Then Jesus ordered him, “Don’t tell anyone, but go, show yourself to the priest and offer the sacrifices that Moses commanded for your cleansing, as a testimony to them.”

When Jesus ministered to the sick, he did not hesitate to lay hands on them, even on a leper. He was obviously not afraid of contracting the dreaded disease. The miraculous healing of the leper was ultimately the testimony that Jesus was the Son of God, the promised Messiah.

What is the basis for laying hands on the sick? Why do disciples of Jesus Christ need not refrain from doing so when ministering to the sick—even to someone who might have the coronavirus?
.

For many in the Church it may be a time to hide, but for those in the harvest field a time to “move the needle”

.
When Jesus laid hands on the sick or when the sick made contact with him, healing power would flow into the sick person.

Mark 5:25  And a woman was there who had been subject to bleeding for twelve years.  26  She had suffered a great deal under the care of many doctors and had spent all she had, yet instead of getting better she grew worse.  27  When she heard about Jesus, she came up behind him in the crowd and touched his cloak,  28  because she thought, “If I just touch his clothes, I will be healed.”  29  Immediately her bleeding stopped and she felt in her body that she was freed from her suffering.  30  At once Jesus realized that power had gone out from him.

Similarly, when a disciple lays hands on the sick, the healing power of Jesus Christ flows into the sick person. This healing power flows in one direction only: from the disciple into the sick person. It is analogous to lightning during a thunderstorm which flashes down in one direction only: from high potential to low potential.

Similarly, the disciple in which Christ dwells through the Holy Spirit has “high potential” while the person with the infirmity has “low potential.” When physical contact is made, the healing power will flow in one direction only. The disciple need not worry that the disease (or unclean spirit) will travel in the reverse direction into him or her.

However, the disciple should be living a holy life in accordance with Christ’s commands. He or she should not be engaged in the practice of any kind of sin. And of course it is important to wash one’s hands after laying hands on the person with the virus, and not touch one’s face. Within a social context, moreover, we should also abide by any requirements imposed by the authorities—like social distancing, sheltering-in-place or lockdowns.

Having said that—after prayer and fasting—let God’s people arise and boldly heal the sick—including those with the coronavirus—as compelling and irrefutable evidence that Jesus Christ is the Son of God and the Messiah. The enemy intends to do harm, but God can intend it for good to accomplish what will now be done, the saving of many lives as people put their faith in Jesus Christ (Genesis 50:20).

These are the days of Elijah…
.