BLAST FROM THE PAST: The Largest Evangelistic Campaign in the History of Egypt (2002) 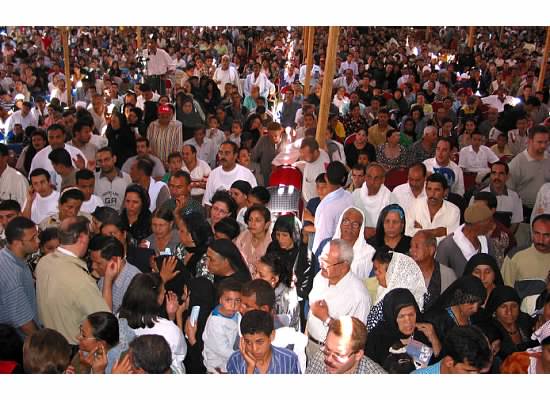 August 2002: Egypt is the ancient land of the Old Testament; considered to be the “head” of Isl–m worldwide with al Azhar University in Cairo, the foremost Isl–mic institute in the world
.

.
The Egyptian police provide escorts armed with submachine guns to lead the team from the airport in Cairo to al Minia, 4 hours away

Ashraf Kamel, Director, Campus Crusade for Christ, Upper Egypt: “When you came [on your first visit] last year and my family and I met to pray with you, I couldn’t imagine at all what God would do in our country a year later [when you returned]. I spoke with you, I began to arrange [the Campaign] with other people but it never came to my mind that [we would witness such] great days.” 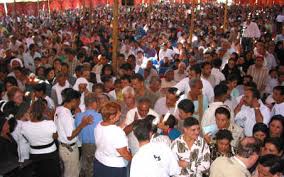 Report on our first trip to Egypt in November 2001

Prophecy spoken about this trip

Miracles in Cairo churches following the Campaign in al Minia

“Healing-at-a-distance” by team members of Egypt 2002 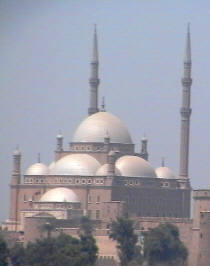 According to local organizers, this evangelistic campaign in Upper Egypt was the most fruitful one in the history of the state of al Minia, if not in the history of the nation of Egypt. Mr. Ashraf Kamel Shehata, who heads Campus Crusade for Christ for Upper Egypt, declared that the meetings exceeded his expectations and imagination. Approximately twenty thousand people attend the evangelistic tent meetings, and according to nationally-known singer Maher Fayez who led the worship in the meetings up to thirty percent of these were Musl__ms. Although we are still waiting on the official Campus Crusade report of the number of people who stood up to receive Christ at the invitations, our initial estimate is that ten thousand souls responded.

Not only the power of Christ was demonstrated during the campaign, but also His love and compassion. One thousand people were treated in the medical clinics over the four days. These clinics were arranged by Coordinator Brent Knapton, who heads the ministry Window of Opportunity, joint sponsor of the Egypt mission trip. Many people came to the gospel tent meetings because they were drawn by our medical clinics which offered basically free medical treatment. As early as 5:30 AM, the sick began to wait outside the gates of our compound hoping to gain entrance into the clinic which would not open until 1:00 PM after the morning tent meeting.

At this point we do not know how many Musl__ms accepted Christ at the meetings. As a general rule they do not stand up at the invitation to publicly indicate their desire to follow Christ. Because of persecution, they can only accept Christ secretly. But in each meeting well over half of the people (in some meetings 80-90%) stood up to receive the forgiveness of sin through faith in Christ. Undoubtedly some of those who stood up were already believers. But estimates of the number of born-again believers in Egypt range only from one to ten percent of those who are officially classified as Christians. We conclude that the majority of those who stood up to receive Christ at the meetings represented first-time decisions.
. 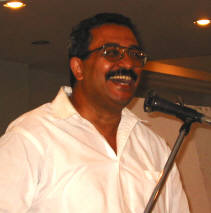 Numerous miracles of healing were reported in the tent meetings, prayer room, and medical clinics.

A woman totally blind in one eye visited our eyeglass clinic. Although the attending worker, Joshua Chen of the evangelical Houston Chinese Church, could not help her blindness with a pair of eyeglasses, he prayed over her blind eye in the name of Jesus. The Lord restored her sight in the eye and she could see clearly! (Complete testimony and photo) 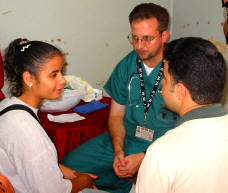 Brent Knapton of Window of Opportunity headed the Medical Clinics

Many people were healed of impaired hearing, including deafness. One believer had polio since she was a child and came wearing a heavy leg brace and special shoes. While she was being prayed over by four team members, God restored her legs partially. She discarded the cumbersome leg brace and shoes once and for all, and began to walk without them! (Testimony & photo) 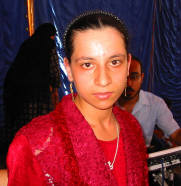 Many miracles of healing occurred in the separate prayer hall, packed after each evangelistic tent meeting with infirm people. Here team members, literally mobbed by people desperately seeking healing from the Lord, laid hands on them in the name of Jesus. Although not all were healed, many experienced miraculous healing from diverse infirmities and deliverance from demons.

According to Mr. Ashraf Kamel, head of Campus Crusade for Upper Egypt and one of the sponsors of the historic al Minia campaign, reports continue to accumulate about the miraculous healings done in the name of Jesus Christ over the four-day event from August 15-18. Every day people are stopping by at Campus Crusade Headquarters in al Minia bringing reports of the miracles of healing they or their loved ones experienced at the Tent meetings, medical clinics, and prayer room. Praise God for His glorious grace!

This effort was historic in multiple ways—not only in its size and scope, but also in the presence of God’s healing power. Never before in the history of Egypt had such miracles been witnessed in such a large tent campaign. And not only did the Lord use our sixteen team members to minister, local Egyptian evangelicals were also trained to minister healing. A seventeen-year-old girl named Haidy had been interpreting for team member Deborah Wallace as she ministered to the infirm. When Deborah encouraged Haidy to minister to a partially deaf woman, she inserted her fingers into the woman’s ears just as Jesus did as recorded in Mark 7:32-35. Haidy rebuked the spirit of deafness and commanded her ears to be opened in Jesus’ name. The woman’s hearing was instantly restored, and she testified that she had been healed. To the delight and shouts of the crowd in the prayer hall, she held up her now-no-longer-needed hearing aids for all to see.

Teammate Deborah Wallace: “The most exciting memory for me was to see Haidy put her fingers in the deaf girl’s ears and command the deaf spirit to go in Jesus’ name and then to see the girl’s ears open. And then to jump and rejoice with Haidy at what the Lord had done! To see God use this young daughter in the Lord was unforgettable.” 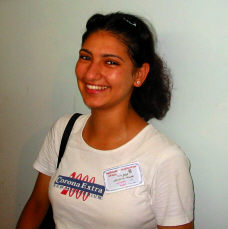 After the team returned to the United States, the Lord began to use Haidy in Upper Egypt. Haidy’s report: “The Lord used me when I prayed for a man who had a heart attack. He felt pain in the left part of his body. After we prayed together he felt no pain in his body at all. The Lord removed all the pain in his heart. Thanks to the Lord!”

God is restoring His power to His Egyptian Church to preach the gospel to the Musl__m world with mighty miraculous signs following to confirm that Jesus is the Son of God.

Psalm 78:43 When He worked His signs in Egypt, And His wonders in the field of Zoan…