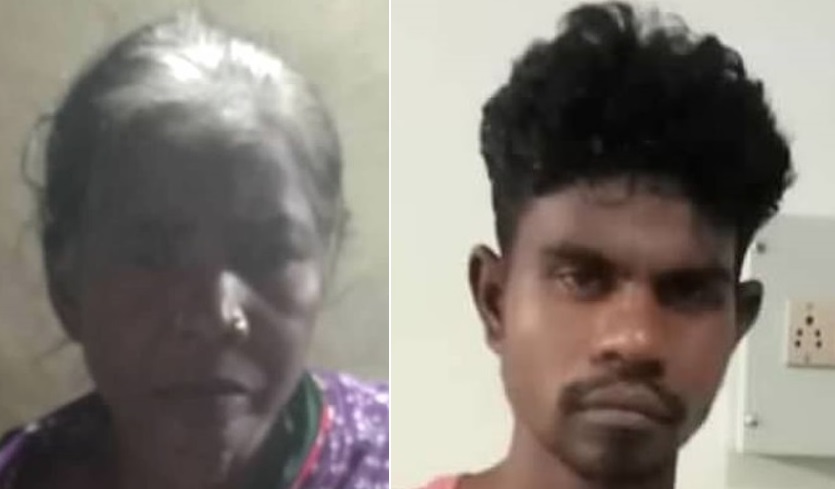 “Greetings to you in Jesus’ precious name!  Thank you so much for your intercessory and financial support. Last week by the grace of God we visited several of our harvest fields and witnessed the great work God is doing through our harvest workers.

I’m very concerned about the second wave of COVID-19 here. Medical authorities are predicting that it will be worse than the first wave. Another lockdown is already in effect.

For 2021 we are planning and projecting an acceleration in reaching the unreached, in the number of house churches, and in baptisms. By training local believers in each district to reach the lost, we are setting a goal of 14,000 baptisms by 2025.”
.

“Both Tukuni and her son Praveen (above & below) were horribly demonized. Praveen preferred to hang out in a graveyard. His desperate father had spent much money hiring sorcerers one after another to deliver his wife. They performed various mantras and animal sacrifices, but the demons refused to leave Tukuni.

Somehow they came to hear about our Elijah Challenge workers, and asked them to help. Our workers arrived at their home and began to minister to Tukuni, commanding the demons to come out of her in the name of Jesus Christ. Suddenly Praveen showed up from the graveyard, totally unexpected. In front of everyone he began weeping. On that very day, both mother and son were miraculously delivered from the demons. As a result, not only did Tukuni’s family accept Christ, but witnessing the miracle a few of their neighbors also believed in Jesus Christ.”
. “For five long years young Surabi (below) had suffered torment from demons. In vain her parents had taken her to various places for help. Most of the time Surabi was silent and very seldom speaking to her parents—whom she could not even recognize. After trying so hard to find help for her and failing, they finally came to accept her condition. When her parents went out, they would confine her inside her room.

One day, however, Surabi’s brother met with one of our Elijah Challenge workers, and shared with them about her. Immediately our worker went to their home and ministered to her, commanding the demon to come out of her in the name of Jesus Christ. Within two days, Surabi was completely set free and back to normal. The entire family accepted Jesus Christ.”
. “Lelima (below) could not walk due to a stroke which paralyzed one of her legs. It was very difficult for her to take a bath or even go to the toilet. Several times she had been treated at the hospital, but her condition remained. Then our Elijah Challenge workers ministered to her in the name of Jesus Christ. Our Lord healed her, and Lelima was able to walk properly again. Her family accepted Christ.”
. “For fifteen years a tribal woman named Nilabati (below) had severe stomach pain. When the pain struck she would fall onto the floor screaming in agony. The family had not been able to afford to have her treated at the hospital in the state capital. When our Elijah Challenge workers ministered to her in Jesus’ wonderful name, the pain vanished and Nilabati was healed. The whole family believed and accepted Jesus Christ.”
. “Several years ago Jiben (below) had an accident where he suffered from severe injuries. After being treated in various hospitals he recovered, but was unable to raise one of his hands. He couldn’t wash the hand or use it to anything. But the Lord healed him when our workers ministered to him in Jesus’ name. Jiben was able to raise the hand and perform tasks with it. He believed and accepted Christ.”
.