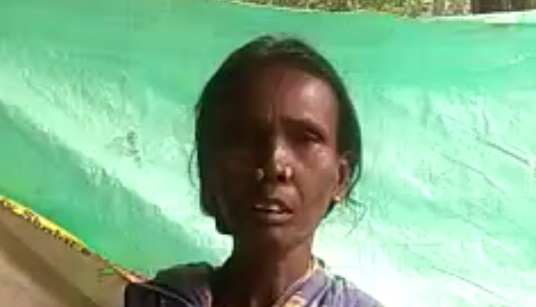 “Thank you so much for your intercessory and financial support for the ministry here. The Lord is so gracious to use our harvest workers fruitfully to reach unreached regions here in India.”
.

“Jani’s eyes were infected causing her severe pain and poor vision. Her doctor asked her for 10,000 rupiahs for the treatment and prescription medication. Even though Jani was poor, she coughed up the money in expectation of getting well. But the pain remained and her eyesight was not restored. So she went to another hospital for treatment, but the same scenario was played out. Then her husband came to know about our Elijah Challenge workers. He called them and asked for their help. They came and prayed, after which they ministered to Jani with authority and power in the marvelous name of Jesus. Jani’s eyes were miraculously healed and her eyesight restored. Both she and her husband then accepted Jesus Christ.”
.

“For two years a Hindu woman named Lamga suffered from a stomach infection. It was severe, making it difficult for her to walk or even turning left or right. After she was treated by a doctor with prescription medication, she became even weaker. Then our Elijah Challenge workers ministered to her in the name of Messiah Jesus, and she was miraculously healed. Lamga believed and accepted Jesus Christ after the gospel was preached to her family.”
.

“A man named Belar Harijahn had back pain and gastritis for a long time. Though he was being treated by a doctor, he did not recover. Then our Elijah Challenge workers ministered to him in Jesus’ name, and the Lord healed him from both problems. He then accepted Jesus as his only Lord and Savior.”
.

“An elderly woman named Urbesi had a case of severe arthritis which kept her confined in bed for most of the time. Walking and doing daily chores proved extremely difficult for her. Then our Elijah Challenge workers came and ministered to her in the name of Messiah Jesus. Urbesi was then completely healed from the arthritis. She believed and accepted Jesus Christ as her personal Savior.”
.

“For six months Muruk Harijan had a migraine headache. Prescription medicine did not alleviate the pain. But after our Elijah Challenge workers ministered to her in Jesus’ name, she was miraculously healed. Muruk then put her faith in Messiah Jesus as her Lord and Savior.”
.