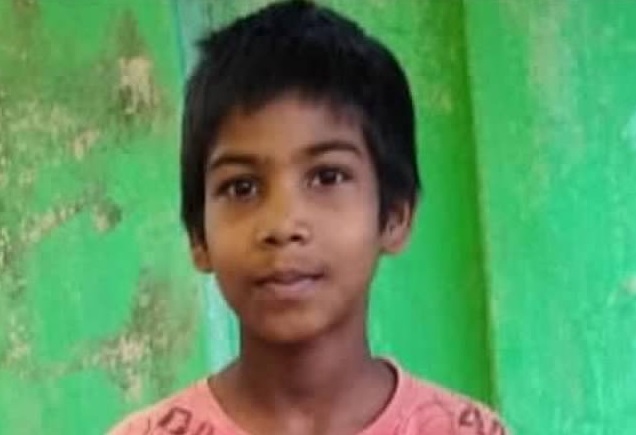 “Greetings to you in the precious name of Jesus!”
.

“For a long time Dipu (above & below) suffered from sickle cell anemia, requiring monthly trips to the hospital since there was no cure for the disease. His family didn’t know what else to do for their boy. Receiving suggestions from people, they had already taken him from hospital to hospital for treatment, but to no avail. When they heard about our Elijah Challenge workers they took Dipu to one of our house churches. There they ministered to the boy in the powerful name of Jesus Christ. Dipu was miraculously healed from sickle cell, and the family accepted Jesus Christ.”
.

“Anata (below) had COVID-19 for two months suffering from fever, cough and pain in his body despite loving care from his concerned family along with medicine. Overwhelming worry and fear of death were his constant companions. Then over a period of three days our Elijah Challenge workers ministered to him in Jesus’ name. The Lord touched him, and Anata was miraculously healed. After that he believed in Jesus as his only Lord and Savior.”
. “For three to four months Kabir (below) had to endure severe pain from hemorrhoids which kept him from his job as a laborer. His doctor advised surgery, but Kabir of course could not afford it. Then he got connected with our Elijah Challenge workers who went to his home to minister to him in Jesus’ wondrous name. The Lord totally healed his hemorrhoids. After that Kabir received Jesus Christ.”
.

“Young Tanuja (below) had stomach pain for a long time. Her father took her to the city hospital where the doctor prescribed a drug for her. It took away the pain, but only temporarily since after a while the pain would return again and again. Her dear father was stricken with anxiety for her, and so tried ayurvedic as well as homeopathic medicine. Nothing worked. Somehow—finally—he got connected with our Elijah Challenge workers. When they ministered to her, the pain disappeared and Tanuja was healed. The grateful family accepted Jesus Christ as Lord and Savior.”
. “At the beginning of the month while Ranjita (below) was returning home from the river, she was attacked by an unclean spirit. at home she couldn’t talk anymore. Her family could not understand what had happened to her. Their neighbor stopped by to advise them not to take her to the hospital, but to call a Christian pastor instead. He would make her well. Although our Elijah Challenge workers lived a bit far from Ranjita’s village, her husband called and asked them to come. They came, and after they ministered to her in the name of Jesus, Ranjita was wonderfully delivered from the demonic attack. She and her grateful husband both accepted Jesus.”
.