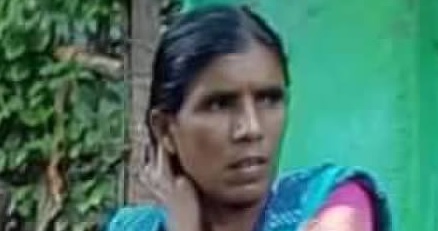 “Thank you so much for your intercessory and financial support. The Lord is so gracious to use our harvest workers in previously unreached regions here in India.”
.

“Prabhasini (above & below) had been paralyzed for three months, unable to walk or even talk. She had been treated by a doctor, but after taking prescription medication for several days there was no change. When our Elijah Challenge workers ministered to her in the name of our Lord Jesus Christ, she was miraculously healed, able to walk and talk again. Prabhasini and her family put their faith in Jesus Christ as their only Lord and Savior.”
. “A young man named Tapas (below) had been sick for five months. Every night he was under attack by a demon sent by a sorcerer, and he had a fever. Treatment by a doctor along with medication did not help him. But when our Elijah Challenge workers ministered to him, rebuking the demon in Jesus’ name, it was aroused and began shouting at them. The demon then left him, and Tapas was delivered. Tapas then accepted Jesus Christ.”
. “Little Tukuni (below) had COVID-19. Being so young, her parents were extremely worried for her. For ten to twelve days she suffered. Then her father contacted our Elijah Challenge workers who then ministered to her in Jesus’ name. The COVID symptoms disappeared, and Tukuni was completely healed. Her grateful parents accepted Jesus Christ.”
. “Mangula (below) was demonized. At first her husband was unaware of her actual condition, and took her to a local hospital for treatment. Although the doctors there could not diagnose her condition, they nevertheless prescribed medicine for her. At first it was thought she had some kind of mental disorder, but later it was clear that it was a case of full-blown demonization as she could no longer recognize her husband, her daughter, and other relatives. Our Elijah Challenge workers were summoned. They came and commanded the demon to leave her in the name of Jesus Christ. Mangula was then totally set free, and her mind was restored. Her entire family believed and accepted our Lord Jesus.”
. “Rajesh (below) had a fever and a cough, the symptoms of COVID-19. After taking medicine for ten days, he was still not well. He refused to be tested, because if the test came out positive, he would have to be admitted to the hospital—where thousands of people had already died from COVID. He then heard about our Elijah Challenge workers, and asked them for help. They came and ministered to him in Jesus’ name. Rajesh was miraculously healed, and accepted Jesus. He is now attending one of our house churches.”
.