Woman physically unable to conceive has given birth to a baby boy! 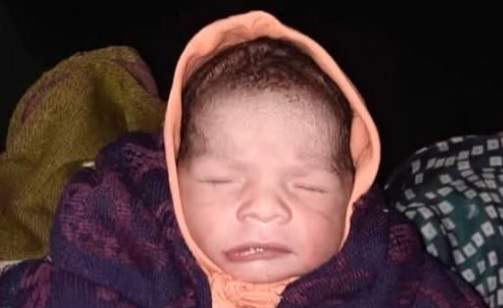 “Thank you so much for your intercessory and financial support. Praise the Lord for His abundant grace upon us for advancing of His kingdom here in India.”
.

“Mohini and her husband (below) were in deep depression. The doctor had informed them that due to a problem with her womb she would be unable to bear children. They had tried ayurvedic medicine as well as other kinds, but she simply could not get pregnant. But after our Elijah Challenge workers ministered to her in the name of Jesus Christ, she conceived. Nine months later she gave birth to a healthy baby boy (above). The grateful couple put their faith in Jesus Christ as their only Lord and Savior.”
. “For a long time Tandi (below) had a mental illness. Her husband had had her treated in different hospitals in various areas, but her mind remained disordered. Even ayurvedic medicine failed to help. But Tandi’s mind was miraculously restored when our Elijah Challenge workers ministered to her in the wondrous name of Jesus. Tandi and her husband put their faith in Jesus as their only Lord and Savior.”
. “For two long years Janaki (below) had been tormented by a demon spirit. From time to time it would attack her viciously. Many sorcerers were summoned to deliver her from the demon, but none succeeded. In the meantime Janaki was a terrible burden on her family. Then our Elijah Challenge workers came and commanded the demon to go in the powerful name of Jesus Christ. The unclean spirit left, and Janaki was set free from the long torment. After that she and her family received Jesus as their only Lord and Savior.”
.

“Sanapa Naik (below) was a middle-aged man of about 50 years of age. For six months he had not been to walk due a severe problem with his right leg. Medical treatment did not provide any relief. Then after our workers ministered to him in Jesus’ name, Sanapa got up and walked normally. He accepted Jesus Christ.”
. “For a year and a half Debagan (below) had very painful hemorrhoids. Two surgical operations did not provide relief from the terrible pain. After our Elijah Challenge workers ministered to him, the pain disappeared and the hemorrhoids disappeared. Debagan gratefully accepted Jesus as his Lord and Savior.”
.