Woman badly burned cooking over fire pit could not walk for a long time; miraculously healed in Jesus’ name 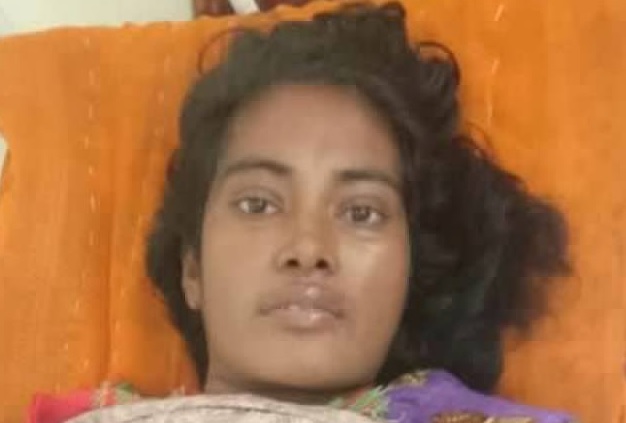 “Praise the Lord for the wonderful reports and photos which we are receiving from our Elijah Challenge workers in the field. It is so good to see what the Lord is doing in the ministry. Please continue to pray for the new believers as this morning I received a phone call from our workers about Hindu fundamentalists threatening them to stop them from conducting prayer at their home. Thank you so much for your intercessory and financial support.”
.

“While she was cooking over a fire pit, Cetana Rahidas’ saree caught on fire and she (above & below) was badly burned. From her village of Paikmal she was taken to the hospital where she was treated for her burns. But afterwards Cetana couldn’t walk. She took medication for a long time, but no matter what Cetana wasn’t able to walk. Then her family heard about our Elijah Challenge workers. They summoned them to come minister to Cetana. She was completely healed and able to walk normally after they ministered to her in Jesus’ wonderful name. Along with her husband she believed and accepted Jesus Christ as only Lord and Savior.”
. “For the last month, young Gujuru Munda (below) would be attacked by demons at night and so couldn’t sleep. At times he would scream desperately for help. On his wrist he wore a bracelet given by a sorcerer, but the fearful attacks at night continued. Our Elijah Challenge workers came and ministered to him in Jesus’ name. After that the attacks ceased and the horrible fear left him. Gujuru believed in the Lord and accepted Jesus as his personal Savior.”. “Sati Budaula (below) from the village of Bagdihi had suffered from a problem with her menstruation for a long time. It caused severe back pain. For months she took medicine but it didn’t help. Ayurvedic medicine also did not bring any relief. Then she heard about one of our house churches, and decided to attend their service. At the meeting Sati was miraculously healed and the terrible back pain left. She accepted Jesus and is now attending the house church.”
. “A five-year-old young lady named Tuni (below) had sickle cell anemia. For two years she had received blood transfusions at a local hospital. Her dear parents were distraught at their little girl’s sickness. When no donor was available, they were forced to buy blood for their daughter. So it was wonderful when little Tuni was miraculously healed of the sickle cell as our Elijah Challenge workers ministered to her in Jesus’ powerful name. Her grateful parents accepted Jesus Christ.”
. “Tukuna (below) suffered terribly from hemorrhoids. A stay in the hospital didn’t help. Since most people with hemorrhoids take ayurvedic medicine, Tukuna tried it as well. But even heavy doses didn’t help. Then our Elijah Challenge workers ministered to him, and he was completely healed. Tukuna gratefully accepted Christ.”
.