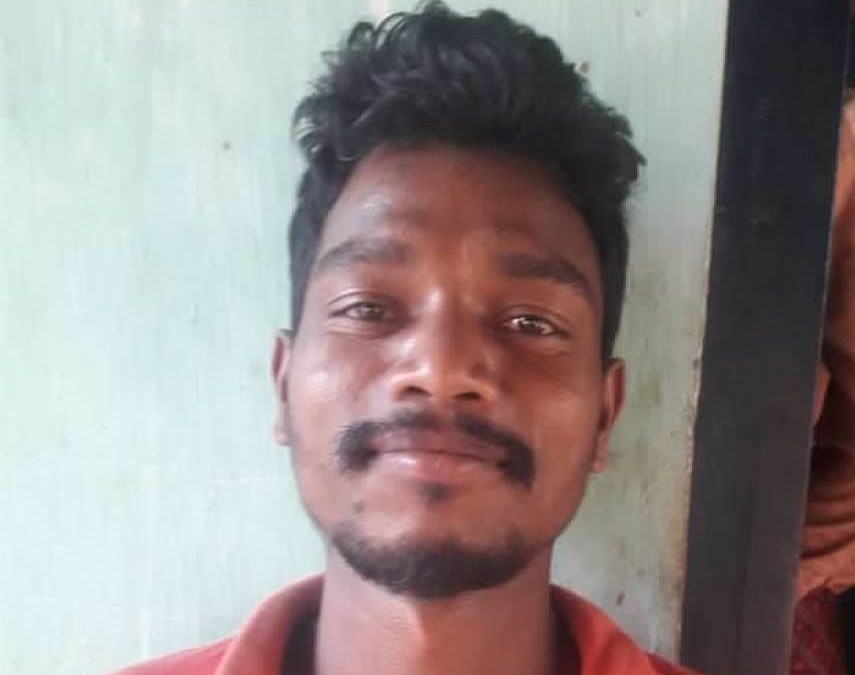 (not Will Smith, really)

.
“Thank you so much for your intercessory and financial support. Praise the Lord for your great vision for the perishing souls especially here in India. We will work hard to reach out to the unreached before the Second Coming of Jesus Christ. I am planning to translate your latest article and then circulate it among our workers for them to see the actual state of the gospel in India today.”

“Mita, the young man pictured above, had been under severe demonic attack for the last six months. His family had sought help for him at several different places, but he wasn’t set free. After the efforts of two or three sorcerers failed, they approached our Elijah Challenge workers as a last resort. They went and ministered to him in the name of Jesus Christ. During the ministry Mita fell to the ground and rolled around (cf. Mark 9:20). After several minutes his senses returned and he was completely delivered from the demon. His family accepted Christ.”

[Note: According to https://joshuaproject.net/frontier, “Christianity is often viewed as a competing foreign political and religious force that threatens to pull apart families and communities. Evangelism and church-planting that encourages or expects individuals to leave their families reinforces these fears.” But when the absolute truth of the gospel is evidenced by an unprecedented miracle witnessed by the family, the entire family accepts Jesus Christ.]

.
“A young woman named Sukanti (below) had severe back pain for two years. She was taking medicine regularly, but the pain did not subside. A few days ago she came to one of our house churches. She was healed instantly when our Elijah Challenge workers ministered to her in Jesus’ name. Both she and husband accepted Christ.”
. “Elderly Hirala (below) had arthritis and as a result walking was very difficult. He was poor and couldn’t afford effective treatment. After suffering for a long time, he happened to come across our Elijah Challenge workers who went to his home to minister to him. Our gracious Lord then healed him completely. Hirala accepted Christ as his Savior.”
. “Young Debsis Behera (below) had a stomach infection afflicting him with pain. Twice he consulted with different doctors who prescribed drugs for him. But he didn’t get well. Most of the time he was in anguish. He was miraculously healed after our Elijah Challenge workers ministered to him.”
. .
Received from Elijah Challenge Co-Worker in India
May 19, 2020