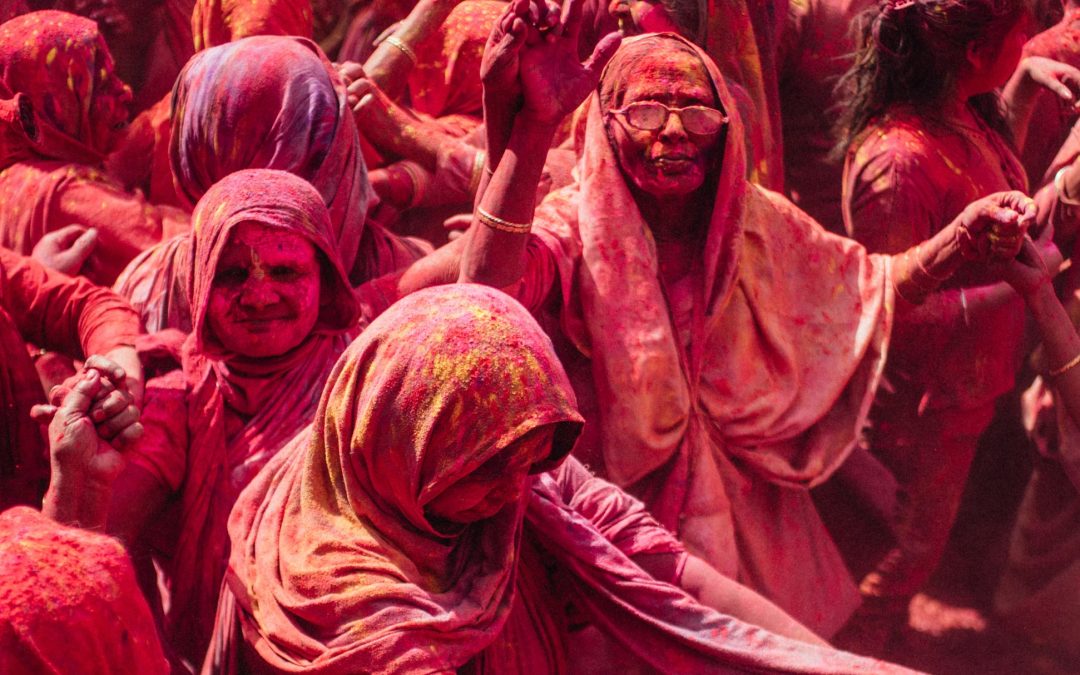 — Best viewed on a laptop or desktop —
.
India with well over 1.35 billion souls is the second most populous nation on earth behind only China—which despite the suffocating rule of the Chinese Communist Party is said to have more Christians (an estimated 100 million) than any other nation on earth. We choose therefore to focus on fulfilling the Great Commission in India during these Last Days when all people groups must hear the gospel before the end (Matthew 24:14). In stunning comparison to China, India is unreached. Please have a look at the chart below taken from https://joshuaproject.net/countries/IN.
.
Below we see that India has 2,445 Unreached People Groups consisting of approximately 1.30 billion souls—about 17% of the world’s population. The percentage of born-again evangelical believers in those Unreached People Groups for all practical purposes is zero.
.

.
Now if you scroll down the page, you immediately come across the below breakdown. Please pay particular attention to the five encircled columns.
.
.

.
.
Some clarifications…
.
Now if we scroll all the way down to the bottom of this very large page, we see the following (reload the page if the chart does not appear below):
.

Some background information…
.
The gospel arrived in India approximately 2,000 years ago through the Apostle Thomas. Islam arrived in India about six centuries later. But today in India there are approximately six times more Muslims than Christian adherents. Even after the birth of the “Modern Missionary Movement” over two centuries ago in 1792 which saw British Missionary William Carey begin his ministry in India, missions there is still not even a dim reflection of what is recorded in Acts—when the gospel was spread throughout the world of the Mediterranean within a few generations.
.
Why the stark difference?
.
We submit to you that the stark contrast is due primarily to the sad lack of miraculous signs as compelling evidence of the gospel in missions today—miraculous signs which we see time after time in Acts resulting in wonderful harvests of idol-worshiping Gentiles for the gospel. Such miracles are mostly missing in Third World missions today, including of course India. The consequence of the lack of irrefutable evidence for the gospel is laid out below from the page https://joshuaproject.net/frontier:
.
Why are Gospel Movements necessary among Frontier People Groups? In Frontier People Groups, Christianity is often viewed as a competing foreign political and religious force that threatens to pull apart families and communities. Evangelism and church-planting that encourages or expects individuals to leave their families reinforces these fears. FPGs are best reached through gospel movements which bring God’s blessing to heal and strengthen families and communities.
When convincing miraculous evidence for the absolute truth of the gospel is lacking, Christianity of course will be viewed from the outside “as a competing foreign political and religious force.” It is reduced to just one of several competing world religions/belief systems—e.g., Islam, Hinduism, Buddhism, Christianity, idol-worship, animism, ancestor-worship, and witchcraft. This is the consequence when the dimension of the supernatural is missing in the presentation of the gospel in Third World countries. Christianity is reduced to the religion of the European colonialists who conquered them and plundered their natural resources to enrich themselves. In India today it has become the derided religion of the poor and downtrodden people of low caste.
Such miraculous evidence has been missing in missions during the last two centuries primarily due to the influence of cessationism in the Church, and more recently a result of the practices espoused by some who are known as “hypercharismatics.” Because of their practices, evangelicals have “thrown out the baby with the bathwater” by refusing to acknowledge the dimension of the miraculous as seen in the gospels and Acts. For our position, click on “Are you evangelical or charismatic?” “NEITHER.”
Therefore missions today focuses on “gospel movements which bring God’s blessing to heal and strengthen families and communities” as mentioned above. These movements involve humanitarian works such as feeding and clothing the poor, education, and good social works to bless communities—in the hope of bringing whole families and communities to Jesus Christ. That is completely understandable.
BUT during these Last Days, GOD…
…is restoring missions in India as recorded in Acts in a way that is acceptable to most overseas servants of God and workers, whether they happen to be evangelical or charismatic. From Scripture the Lord has revealed to us a highly-effective training which is non-charismatic (sincere apologies to our charismatic brethren) yet which enables local harvest workers to cast out demons and heal the sick miraculously and consistently while sharing the gospel with Hindus. The never-before-witnessed miraculous signs are overwhelming evidence of the gospel to the Hindus, and have resulted in entire families (and on occasion nearly entire communities) turning to Jesus Christ. So our scriptural approach involving the miraculous does not “expect individuals to leave their families” or “pull apart families and communities”—the fear of which as noted above has resulted in the humanitarian approach of sharing the gospel prevalent in Third World missions today.
.
Click on “Extraordinary reports” below to read numerous testimonies of entire families coming to Christ following an extraordinary supernatural event confirming the absolute truth of the gospel, even to resistant high caste Hindu families.

.
Though our 113 fully-supported harvest workers in Orissa and neighboring states of India, over 400 house churches have been planted since the beginning of 2018 attended by nearly 13,000 new believers who are now being taught and discipled, along with baptisms. In addition to that, in 2019 15,000 prayed to receive Christ in our Elijah Challenge Feeding Events in North India with 54 new churches planted by 25 harvest workers supported by us. This kind of harvest is primarily due to the miraculous taking place during evangelism to the Hindus as irrefutable evidence of the gospel. God has graciously revealed to us the way to fulfill the Great Commission in India during these Last Days—simply by returning to missions as taught in the gospels and Acts.

In May 2020 our India Coordinator wrote us: “Over the last six months our workers have reached a few previously Unreached People Groups such as the Tiwari-Pandit Brahmin, the Khatriya, the Kulthia and the Gouda people groups. These are categories of high caste Hindus. Recently I was talking to a senior pastor from our state. When I shared about our ministry, he informed me that in his entire life he had never seen or heard of people from such resistant groups accepting Christ in our state. Tiwari groups also live in Uttar Pradesh. One Tiwari family there informed me that they have never seen a single believer from their community. Thank you so much for equipping us to reach such Unreached People Groups.”

Our harvest workers come from both charismatic and non-charismatic backgrounds—Baptist, Pentecostal, and Lutheran. Some even do not know the difference between the two traditions. For the sake of fulfilling the Great Commission in the Third World during these Last Days, it may be best to minimize the differences between the two—simply by adhering closely to what Scripture teaches in the gospels and Acts regarding the crucial dimension of the miraculous in the preaching of the gospel to those who never heard.
.

.
Our goal is to do what we are now doing throughout all of India: to train and financially support an estimated 27,000 full-time harvest workers (cf. the chart above) needed to fulfill the Great Commission in India during these Last Days. A very large amount of funding will be required to support these full-time workers.

Fellow Disciples of our Lord Jesus, pray that our God will open the gates of heaven and pour out immense resources—for the Great Commission to be fulfilled in India during these Last Days. It is time for the wealth of the wicked to be transferred to the righteous for the sake of the gospel.