The spirit of Elijah in Liberia, West Africa 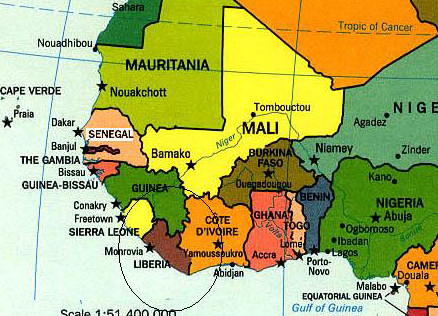 In December 2006 The Elijah Challenge came to Liberia, a nation that came into being in the 19th Century when freed slaves from the United States returned to settle in Africa. Meetings were held in an area known as Harbel near the capital of Monrovia where there is a large Firestone Tire plantation. About 6,000 workers are employed to tap the sap from rubber trees on the plantation for use in making tires. Although Liberia is a “Christian” country, most Liberians still believe in witchcraft. 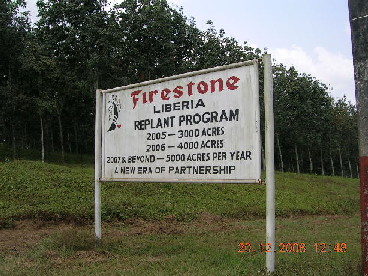 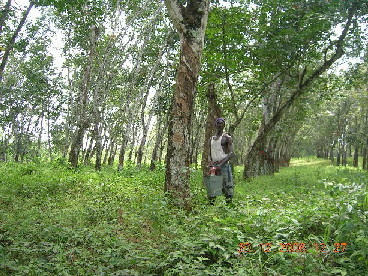 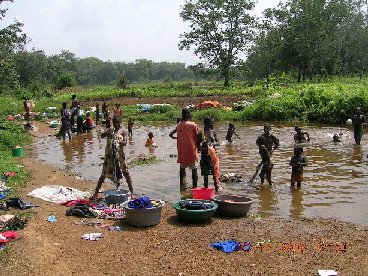 After three days of training for the local servants of God, an open-air evangelistic rally was held in the plantation where the thousands of workers live. Hundreds of people were drawn by the music; many if not most of them were non-believers. Then as Jesus commanded in Luke 10:9, the sick were healed as the trained servants of God laid hands on them. A line of people who were healed formed on the field waiting to testify. After the testimonies, we went onto the field to preach. He shared that the miraculous healings demonstrated that the kingdom of God was near. He told the people that the only way to escape from the kingdom of darkness and enter the Kingdom of God was by repenting from sin and witchcraft and following Jesus Christ as Lord and Savior. 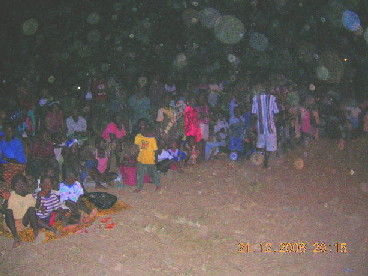 When we asked who wanted to follow Jesus Christ, a huge wave of souls, many of them children, swelled forward onto the field and completely engulfed him on every side. Never before had he experienced that kind of response. Eagerly they repented of their sin and were granted forgiveness and eternal life as they made the decision to follow Jesus Christ. 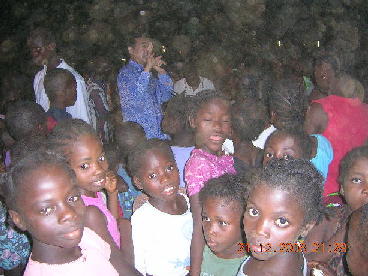 Still more people came to the second open-air meeting the next evening. In the same way that the Old Testament prophet Elijah challenged the servants of Baal, we issued a challenge to witchdoctors. They would try to heal the sick using their witchcraft, and then the servants of God would heal the sick in the name of Jesus Christ. In this way everyone could find out whether the power of witchcraft or the power of God is greater. (Although Liberia is a “Christian” country, most Liberians still believe in witchcraft. It is like backslidden Israel during the time of Elijah.) Brother Bill was told there were witchdoctors at the meeting, likely drawn by the miracles they heard had taken place at the meeting the night before. None of them, however, stepped forward to accept his challenge.

And so the servants of the One True God stepped forward and called on His name. Then they healed the sick in the name of Jesus in two stages. After the first stage—mass healing—a great many people, mostly children, swept forward and swarmed around Brother Bill giggling and waiting to testify that they had been healed. (The adults who were healed perhaps felt intimidated by the witchdoctors standing in the crowd and few of them came out to testify.) There were so many children who came forward that only some of them were given time to give their testimony. The Lord had answered prayer and had sent the fire of healing from heaven to prove that He was the only true God. 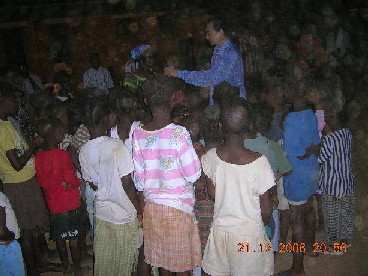 Crowd of people healed and waiting to testify

During the second stage of healing the infirm came forward to receive their healing one-on-one from the assembled servants of God. More were healed and each testified. A young girl who was born crippled and had never walked was now walking hand-in-hand in front of the crowd with her beaming mother. When Brother Bill asked the people to repent of witchcraft and sin and make Jesus Christ their Lord and Savior, many, again mostly children, swarmed forward like bees and surrounded him. He had to fight to stand his ground or else be knocked over by them. 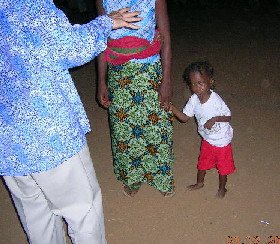 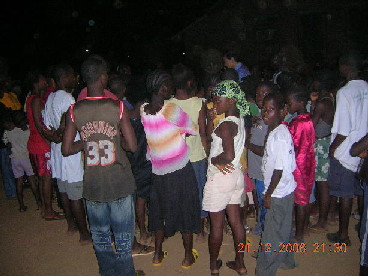 Many come forward to receive Christ as Lord & Savior

The trained servants of God will continue to hold such meetings on their own; they will be conducting three nights of open-air meetings in a different location on the plantation later in December. The harvest in Harbel will be great if they continue to proclaim the kingdom of God as they have been equipped to do. 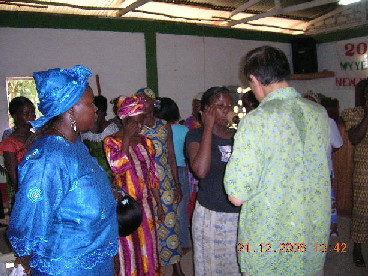 Receiving testimonies of healing
during training in Monrovia 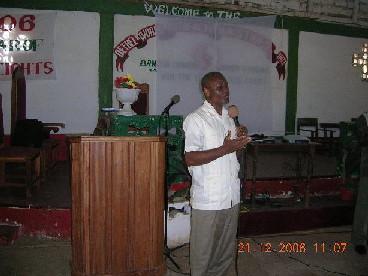 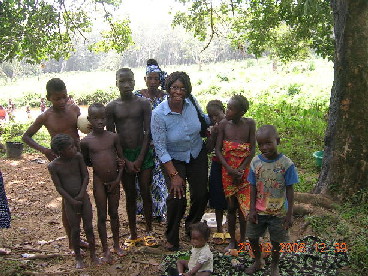