The family members of a Hindu priest fell ill one after another. He tried other priests, sorcerers, and doctors to no avail. Then… 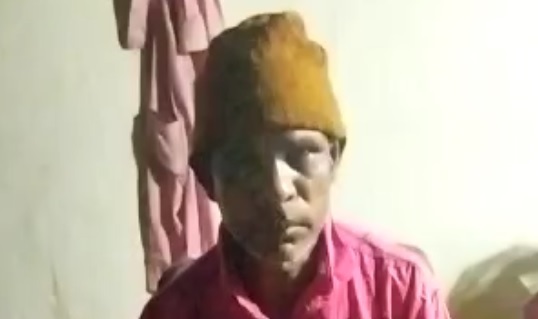 “Greetings to you in Jesus’ precious name. Thank you so much for your precious intercessory and financial support.”
.

“For many years, Madan had been a Hindu priest. The members of his family would get sick one after another. He had sought the help of other priests and also from sorcerers as well, but their treatments were ineffective. He had continually consulted with a doctor and sought help from other Hindu priests as well, but to no avail. Eventually Madan got tired of continually running to them. So he began looking around for another way to help his family. He then heard about our Elijah Challenge ministry, and so approached our workers. After they went and ministered to his family members in the wondrous name of Jesus Christ, they were all delivered from sickness. The former Hindu priest Madan and his family then accepted our Messiah Jesus as their only Lord and Savior.”
.

“Balamdina had suffered from menstrual bleeding for a year. After seeing a doctor she was given prescription medication which she took for a few months. But the bleeding continued. She then approached our Elijah Challenge workers who ministered to her with the authority and power of the name of Jesus Christ. The bleeding stopped miraculously. After that Both Balamdini and her husband accepted Jesus Christ.”
.

“For a long time a man named Thadi Tappo had severe gastritis. He had been treated by a doctor with a prescription drug, but instead the suffering and pain in his stomach worsened. Then our Elijah Challenge workers ministered to him in Jesus’ name. Thadi was miraculously healed. He then believed in Jesus as his Lord and Savior.”
.

“Young Atul had suffered much from fever and accompanying pain in his body. The symptoms were those of COVID-19, but his parents would not take the risk of taking him to the hospital. He was taking medicine for COVID-19, but the fever and high temperature would not relent. Then our Elijah Challenge workers came and ministered to young Atul, and the name of our Lord Jesus healed him from the fever and pain. Atul’s father and mother then accepted Jesus Christ as their personal Savior.”
.

“A boy named Deepak Kerketta had persistent pain in his leg. He had been examined at the hospital and given prescription medication for a month. But after the month the pain did not subside. Then our Elijah Challenge workers came to minister to him in Jesus’ wonderful name. Deepak’s pain miraculously vanished and he was healed. His father and mother believed and received Jesus Christ.”
.

The Elijah Challenge equips nameless harvest workers to reach resistant people groups fruitfully by training them to heal the sick miraculously and consistently as Jesus did and as he promised that believers would do (John 14:11-12)—as irrefutable evidence that Jesus is the Messiah and the only way to the One True God who created the heavens and the earth. In the green link above there are posted approximately 700 reports of the miraculous similar to those at the top of this page. These 700 reports (out of thousands of reports) were received from our workers during approximately the past four years.