The Elijah Challenge in the Bahamas

Glory Fest 2007 in the Bahamas

Ezekiel’s House is led by Pastor Beatrice Knowles, shown with her husband James. She attended The Elijah Challenge Training in November 2007 and in February 2008.

Ezekiel’s House is located in an area where alcoholism, drug addition, and witchcraft are prevalent in the mixed community of local Bahamians and immigrant Haitians. Following six hours of Basic Training, an evangelistic outreach was held where the gospel would be preached and the sick healed.

The open-air outreach was the first ever for Ezekiel’s House which had in early 2008 moved into the community. Since the local people were not familiar with this relatively new ministry, they were reluctant to come. Just a small crowd of the poor came for the free clothing and meal offered in a basketball court just next to the strip mall where Ezekiel’s House met. 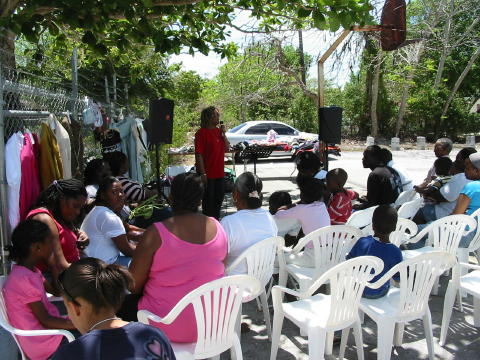 We proclaimed to them the Father of our Lord Jesus Christ as the only true God, far superior to the power behind witchcraft. Then we prayed to the God of Elijah, asking Him to send the fire of healing upon the infirm to prove that He was in fact the true God, and that He was calling people back to Himself.

Two men stood up to be healed. A man named John had pain in his upper stomach. Hubert, a taller, thin man of about sixty years of age wearing lightly-tinted glasses and a hat, also came forward. Hubert was a regular customer at the liquor store next door to Ezekiel’s House. He was a quiet man, blind in one eye and suffering from constant pain in his neck, shoulders, and back. He appeared to be an alcoholic surviving by himself and likely estranged from his family.

As the trained disciples laid hands on Hubert and rebuked his infirmities, the Lord touched him dramatically. He began to weep profusely. The pain in his neck, shoulders, and back had vanished. He said over and over that the heaviness on him had disappeared, leaving a heavenly lightness. His blind eye could first see his fingers, then he could see the people sitting in their chairs around him witnessing the miracle as the disciples continued to minister to him. He said that the colors he was now seeing were rich and beautiful. He could not stop weeping, and when he finally did, he could not stop beaming. 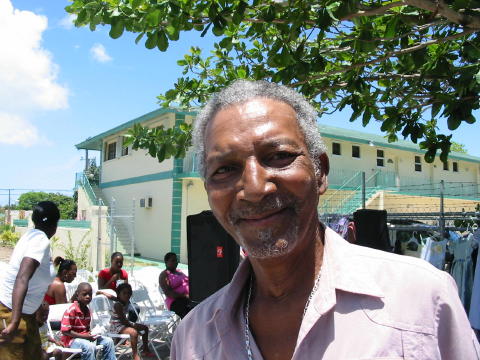 The other man, John, was healed of the pain in his stomach. The Lord had answered our prayer and sent the fire of healing to prove that He is God and that Jesus Christ is the only way to Him. When we challenged the people to repent of their sins, Hubert needed no exhorting. He had experienced firsthand the grace and healing power of Jesus Christ, and eagerly surrendered his life to the Lord Jesus Christ. Others followed suit to repent of their sins, including John.

Afterwards, the people were given the opportunity to pick out clothing for themselves and their families, and were given a hot meal. 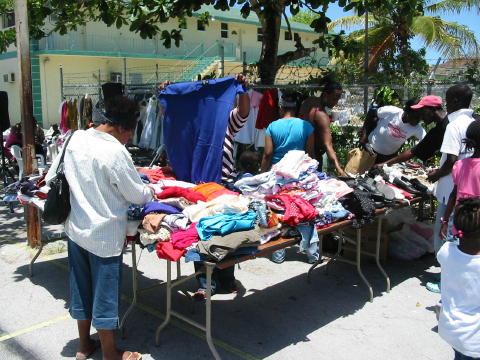 It was indeed a small outreach in terms of numbers, but very satisfying for us personally. From close up we had seen a man gloriously healed and saved from deep darkness. Hubert had been given a powerful testimony and will be a fruitful witness for Jesus Christ.

We were told that word of what happened will spread in the community. The church’s next outreach will see many more precious souls come to hear the gospel of Jesus Christ. 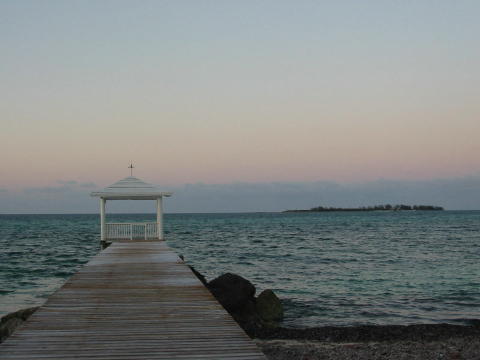 From Linda, a Bahamian magistrate (judge):

“I WAS SO INSPIRED THE OTHER NIGHT AT THE ELIJAH CHALLENGE MEETINGS. THANK YOU FOR INVITING ME. I FEEL AS IF I’VE BEEN TAKEN TO A NEW LEVEL IN THE FAITH.

AS A MATTER OF FACT, MY FAITH HAS BEEN RESTORED AND I AM GOING TO REVISIT THE FUNDAMENTAL WORDS OF JESUS, AS HE SPOKE THEM TO HIS DISCIPLES. THANK YOU.”

From Tamesha who flew in from Miami, Florida for the Training:

“I wanted to let you know that I made it back safely to Miami. God is so AWESOME as I was able to catch an earlier flight. In addition, He healed a woman of stomach pain who I prayed for at my hotel in the Bahamas. She was crying and praising God for His goodness! I wish I had your card because I was telling everyone at the hotel about your ministry and I could’ve just given them the cards so that they can check it out. I’m so excited—I can’t wait to pray for others at the homeless shelter and anywhere else.

I had such a fabulous time this past weekend. I’m so happy that I came. I want to thank you for EVERYTHING!!! May God continue to bless you, your family, and ministry.”

A gentleman named Clinton who had done open-air street evangelism told us that he was completely transformed after attending just the second session.