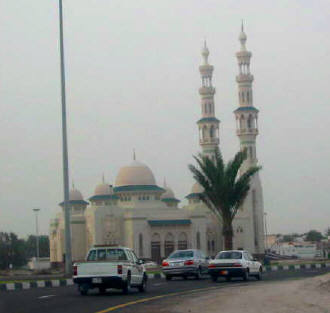 Dubai: an Isl–mic State in the United Arab Emirates 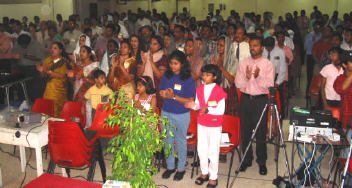 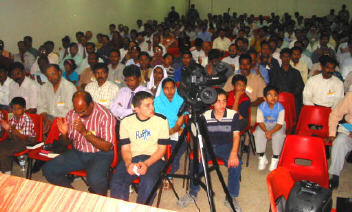 The first time ever in Dubai: believers were taught how to heal the sick for the gospel (Luke 9:1-2)

The Lord very graciously blessed the four evenings of our Healing Encounter here, organized by Pastor Mathew Thomas (Juxy) and his faithful leaders at Maranatha Full Gospel Church. From all accounts the teaching has left a significant impact upon the believers. One brother told me that in 15 years listening to biblical teaching, he had never heard what was taught from Scripture at the Encounter. (Dubai is a spiritual watering hole where conferences are held nearly weekly, including visits by preachers like Benny Hinn, Morris Cerullo, and David Cho Yonggi.) Evening after evening for four days, several hundred believers showed up faithfully after leaving work to attend the Healing Encounter, some from as far away as the United Arab Emirates capital Abu Dhabi, 150 km away. This is quite encouraging in light of the plethora of special events held regularly in Dubai. One dear pastor came from the neighboring country of Oman, and will organize a Healing Encounter there for us next year. It opened the eyes of the believers to a new realm.

At one point during the fourth evening, I taught about mass healing from a distance, citing Luke 7. Then we asked the Lord to demonstrate it. I called a sister (a former Hindu) from the crowd to come up to the platform to minister. As she repeated after me and issued commands to infirmities to be healed in the name of Jesus, a number of people stood up to testify of their healing. Headaches disappeared, arms and shoulders were healed, and one young man said his poor hearing was restored.