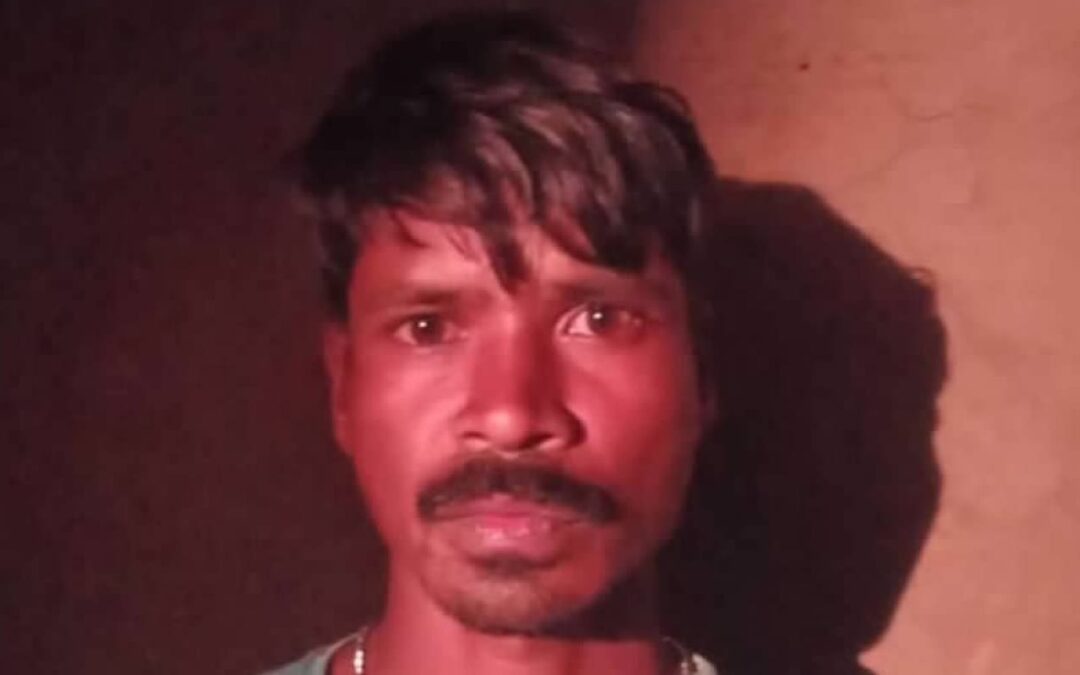 “Praise the Lord for the great things that our Lord is doing through our Elijah Challenge harvest workers. Thank God that many other ministries are encouraged seeing such outstanding miraculous healings and deliverances through our workers. Thank you so much for your intercessory and financial support.”
.

“Gobinda (above & below), a young man from the village of Turekela, had been demonized and most of the time lived in a graveyard. His behavior was that of a mentally-disordered person. His father called many sorcerers but none were able to help. Although his parents kept him locked up in his room, time after time he would break out and go back to the cemetery to be with the dead. After our workers rebuked the demon and commanded it to leave in the name of Jesus Christ, Gobinda was wonderfully set free. He and his family gratefully accepted Jesus Christ as Lord and Savior.”
. “For a year and a half, Duitya Majhi (below) living in the state of Chattisgarh suffered from knee pain rendering him unable to walk. After taking both allopathic and ayurvedic medicine he experienced no change in his condition. Even his doctor was not able to diagnose his condition accurately. After our Elijah Challenge workers ministered to him over two evenings, Duitya was miraculously healed and able to walk normally again. He accepted Jesus as his only Lord and Savior.”
. “A young girl named Chandika Tirkey (below) had a migraine for two years despite taking aspirin and other pain relievers regularly. Chandika was reduced to bitter tears in her unceasing pain. She couldn’t sleep and even lift her head up straight during the painful episodes. Then she heard about our workers and asked them to come help her. After they ministered to her in Jesus’ wondrous name, the migraine miraculously disappeared. Thankful, Chandika then accepted Christ.”
. “For four years Niranjan Jal (below) was deaf in his right ear. It began with a sickness, and after that he lost his hearing. He had met with doctors who prescribed medication for his condition, but Niranjan’s hearing wasn’t restored. But our Lord Jesus miraculously healed him as our Elijah Challenge workers ministered to him. He then put his faith in Jesus Christ as his Lord and Savior.”
. “Forty-two-year old Sumitri Deep (below) lived in the village of Jurejeri and for five years had been demon-possessed. Her dear husband had taken her from place to place spending a considerable sum of money for her deliverance from the demons, but nothing worked. As a last resort he kept Sumitri confined in the house of his in-laws, Sumitri’s family. But somehow her father came to know about the ministry of The Elijah Challenge. He called our workers who went and ministered to his daughter. Praise our Father in heaven who delivered Sumitri after they commanded the demons to leave in the name of His Son Jesus Christ. Her grateful family took Sumitri back to her husband, and they are now together again. Both have accepted Jesus Christ.”
.