Reports from Rohan Rambally of Trinidad

Report of Conference in Trinidad and Tobago

I had received the training manuals from Pete Cabrera from Kansas City, Missouri. The name of the manual was the Elijah Challenge and he also blessed me with the you tube downloads.

I had prayed with respect to going to Houston for the four day Basic Training together with another associate. While in my office, we sensed that we should check out the Elijah Challenge web-site, there we saw the dates posted for the Elijah Challenge Training Conference in Trinidad, West Indies.

We formed a committee immediately and started working ardently.

I reviewed the Basic Training and started using the principles before his servant came to the country. As a high school Mathematics Teacher, there was a child in my classroom who had bent teeth and needed orthodontic work. I asked if he would like Jesus to heal his teeth and bring it into divine alignment. I watched him and pointed my finger to his teeth and commanded it to come into divine alignment and order in Jesus’ Name.

The next day the child wrote on a paper the following, “My name is Elijah King and my teeth was bent and Sir Rambally prayed for it and it got better, praise God.”

On Monday 28th. May 2012 , I had the pleasure of meeting two chosen diamonds, Brother B. and his beautiful wife from Houston, Texas. It was a great blessing to see the great humility and simplicity in their hearts. We had a beautiful time of fellowship and prayer at the guest house anticipating a major shift in our nation of Trinidad and Tobago for this 4 Day Elijah Challenge Training Conference.

On Tuesday 29th. May 2012, I was greatly blessed to have a special service of impartation at the Prayer Command Center. Brother B. introduced the Elijah concept of divine authority and the purpose of its use in winning souls and healing the sick in the authority that God have mandated us to use in this end time hour for the purpose of reaching the un reached with the miraculous. He then laid hands on all present and released a double portion of the Spirit over his life into our lives. All the committee members were truly blessed and released with this divine unction to function in their individual niches.

Wednesday 30th. May, 2012 marked the beginning of a new day and a new season for Trinidad and Tobago. We called forth and summoned leaders throughout Trinidad and Tobago to come and be properly trained for the advancement of the Kingdom of God on the earth as it is in Heaven. We were taught Scriptures and trained how to rightly divide the Word of God out of the lips of his teacher and humble servant, Brother B. and his wife shared about her adventures as a missionary in Borneo.

I witnessed before my very eyes two heart patients were instantly healed by the use of authority in Jesus Name. Trained disciples commanded and the command was given from the general and healing manifested immediately as the two people ran up and down the aisles of the church both attesting to the fact that they immediately felt a marked difference in their hearts.

Thursday 31st. May, 2012 we learnt how to command deaf ears to open and I personally followed the command of Brother B. as he instructed us to put our finger into the ear that was infirmed. We were commanded to declare “ears be opened in Jesus Name.” When we checked the person’s ear, the individual was able to hear clearly. We give God all the glory, honor and praise in the Name of Jesus. Ever since I have been commanding deaf ears to open and it has been opening in the Name of Jesus.

Friday 1st. May, 2012 we learnt how to command healing from a distance. Brother B. asked individuals if they knew people, who had heart conditions to call them on their mobile phones to command healing upon their heart. Men and women came forward and testified that people everywhere were being healed and made whole by the spoken word over the telephone. One gentleman said when the command was released over his life, he felt a warm and lightness over his heart. He knows that he has been healed. To God Be all the Glory.

On the final Day of the Elijah Challenge Conference, we learnt about “Our Eternal Reward.” We learnt about the use of the words anoint, anointed and anointing which brought great clarity to many pastors and leaders present.

I was greatly blessed and encouraged by Brother B.’s word for Trinidad and Tobago and his prophetic prayer.

On behalf of the Committee and all its leaders, we are eternally grateful for Brother B’s visit, together with his wife for the training, teaching, impartation and fathering of all the pastors and leaders who were present for the Elijah Challenge Training Conference in Trinidad and Tobago.

On Monday 4th June, 2012 – in the closing dinner, Cindy Deonarine of Interior Missions in Guyana invited Brother B. and his wife in the future to do a National Training Conference in Georgetown, Guyana, South America of which Brother B. and his wife graciously accepted. The one concept that stood in my heart is Brother B. never once asked for finances. It will be a great pleasure in the future at the right time and season for Brother B. to continue to build on the strong foundation which he have laid in the lives of pastors, leaders and saints in Trinidad and Tobago.

On behalf of all the Committee members and the Global Prayer Command Center, I would personally like to thank brother Brother B. and his wife for all that they have imparted to us during the 4 day Training Conference. Our love and prayers will be with you and we feel you are part and parcel of our family in Trinidad and Tobago. Wherever you go in the world, our apostolic and prophetic prayers will be over you and your beautiful wife and children in Jesus’ Name.

I look forward for travel with you to South America as we venture to release to the missionaries and the Body of Christ in Guyana with this dynamic training tool for the miraculous and the purpose of winning souls for the Kingdom of God.

It is my great pleasure to recommend Brother B. and his wife to train your church or nation in properly articulating and demonstrating the Kingdom of God on the earth as it is in Heaven in Jesus’ Name.

Thank you for coming to Trinidad and Tobago and satisfying the insatiable hunger and fulfilling God’s prophetic purposes in our nation.”

With Gratitude,
Your brother in Lord,
Rohan Rambally in Christ
Christian International Prophet 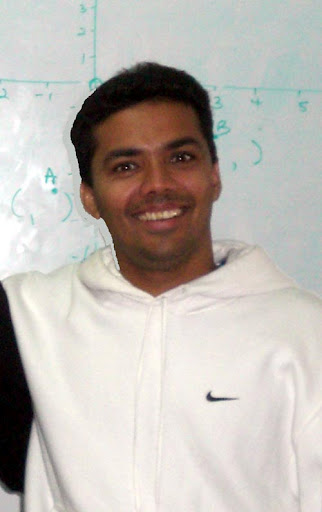 Back to Elijah Challenge in Trinidad Report