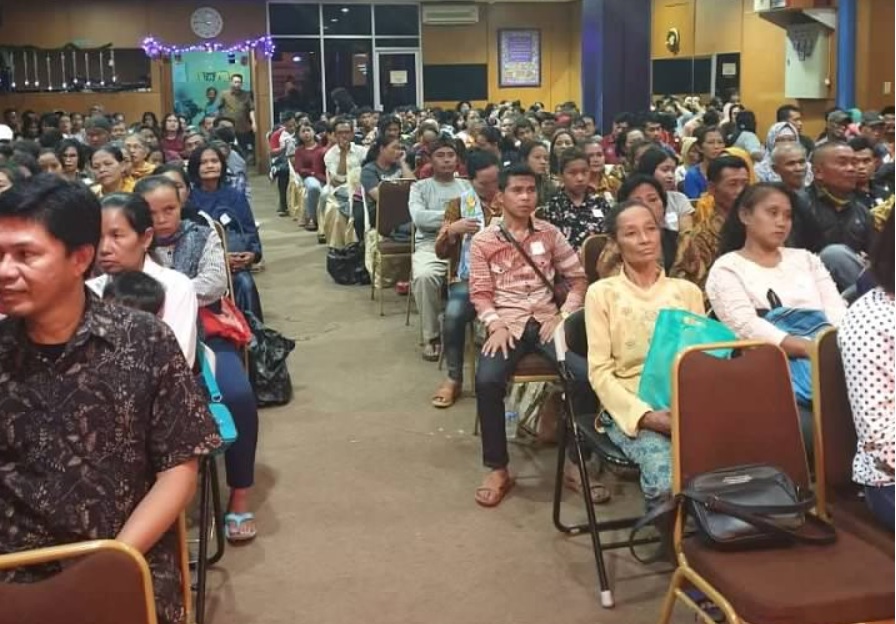 Back in 2003 we trained a group of servants of God in one of the world’s five most populous nations. Our goal was to penetrate the world’s largest unreached people group of resistant Muslims living in that country—using miraculous healings as evidence of the gospel to them.

One of them began to apply what he had learned. Since then, the Lord has made him more fruitful than any other ministry reaching out to this gospel-resistant people group—bringing 5,000 of them to Jesus Christ. The report is at Reaching the “Unreachable” in Asia.

Here’s the Christmas 2019 report we received from him (translated)…

“Shalom…we received the funds you sent. Thank you for your support for our ministry to the Muslim people. The Lord Jesus will reward you. The Lord will bless so that the Great Commission can continue to advance in the land of the Muslims.

Praise the Lord our Christmas service went smoothly. Almost 600 new believers gathered along with 250 children from their villages. There were so many people that the young people had to sit on the floor at the front while the children had to meet in an adjacent overflow room.”