Ogbe – Ijaw is one of the oldest communities in Delta State. I was also told that community crises started from there. It is one of the settlements of the fourth largest tribe in Nigeria called the Ijaws. The community is the most popular among all communities. The Indigènes are warriors, many of the Indigènes serve the olokun spirit, the marine spirit, etc. They are located by the riverside. Because of the evil of the past, the Government found it difficult to develop the community. It is truly a neglected community but we are trusting God to move the Government and the oil company to remember them so they can enjoy development.

The program started on Friday, April 11, 2008 and ended on Sunday the 13th with a healing service. 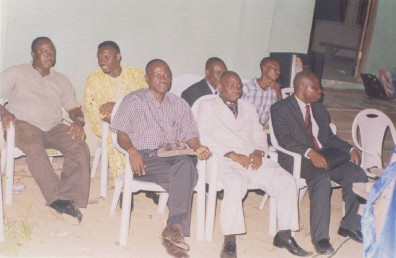 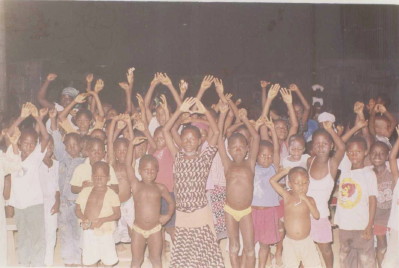 Part of the crowd at the Crusade

On the first night, the crusade started by 5:00 pm and we had a good number of people who came, After much singing in their language and local dances, I was called upon to minister. I extended your greetings to all of them, and they were all happy. I preached on the topic entitled ESCAPE FOR YOUR LIFE. It was brief and powerful. I ministered to the sick from a distance and many were healed and they testified. Among all of them, the most outstanding was one that shook the whole community and that pulled the crowd back the next day. There was a man that I located by a word knowledge regarding what happened to him 8 years ago. Fowl blood had been used against him by a witchcraft coven. The blood was spiritually present on his head, causing him to suffer from all kinds of sickness and curses. I had the impression to wash his head, something I have never done before. I asked for water, and as I was washing his head to our utter amazement, actual blood was coming out from his head. After the washing he testified the next day that the bloodstains on his clothes had been properly examined by others, It was discovered that it was the blood of fowls and that he had felt strong healing on his body as his body became light. When the crowd saw this sign and other miraculous healings the news spread into all the neighboring communities. On the next day which was Saturday the crowd was greater—all the leaders of the community were present excluding the chairman who was not in town, but he sent his greetings. 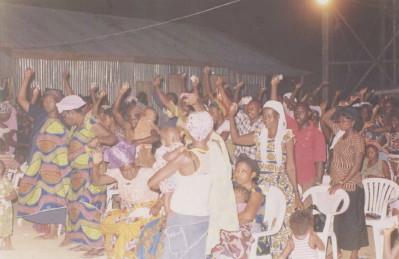 The second night was the most powerful. I gave them the ELIJAH CHALLENGE TRAINING for about an hour. But due to the heavy rain, I could not call them out to minister to the sick. The rain was very heavy but I had to remain in the rain with my interpreter and all the ministers that attended the crusade. But the crowd moved to a different location to take shelter from the rain—that is why the photographer was unable to take good pictures that day. I ministered to the sick from a distance, commanding every sickness, disease and demon to leave in the name of Jesus. I asked for testimonies, and it was incredible when people came out into the rain to testify of God’s healing power.

1. (Bele). A woman testified that she had a spinal cord problem for some years, making her unable to work well, but after the healing command she heard her bones cracking and making a noise inside of her. To her greatest surprise, she could work effectively without pain of any sort and demonstrated it on the platform.

2. A certain lady named Felicia had been having stool in her blood. After the healing command on the first day, the Lord touched her. On the second day she testified that she no longer had blood in her stool.

3. Egbere was healed of a long-term generalized body pain; he was so surprised how the pain disappeared in a second.

5. A young man who had been experiencing pain in his male organ testified that the pain left immediately. 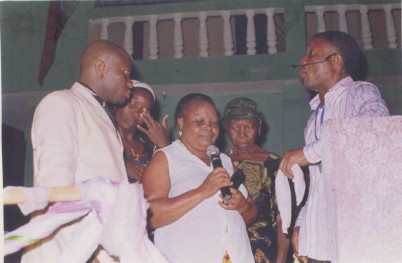 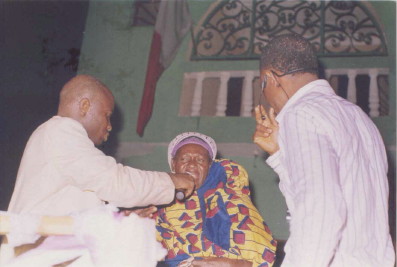 Healed after a month of chest and body pains 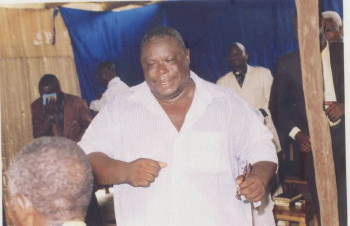 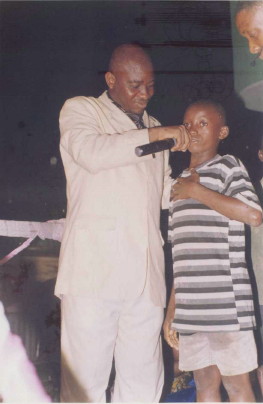 Raised from the dead

A police officer called Christopher testified on Sunday what happened at the Saturday night Crusade meeting. He said he had detained a suspect in the cell, and the suspect had died. He was called and informed of what had happened. At that moment he was disorganized and sensed a problem. He decided that the corpse should not be taken to the mortuary. Instead he came to the Crusade believing that God would use the man of God to raise that suspect from the dead. While it was raining he heard me say that whosoever that enters the rain, as the rain touches you every deadness in your life will come back to life. He came out believing that as the rain touches him, the suspect will come back to life. After the crusade he went to his office. Behold the suspect had come back to life. We give God the glory! 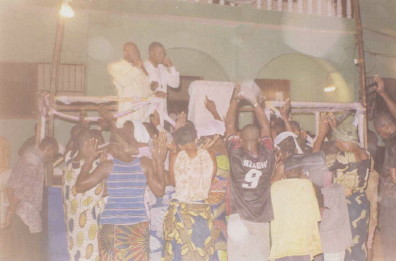