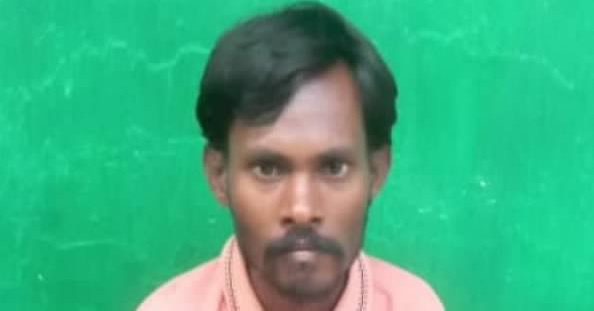 “Praise the Lord for the favor of God upon our ministry as we continue to witness fruitful ministry through our harvest workers. The Lord is so good to protect our harvest workers from the deadly COVID-19 virus. Thank you so much for your intercessory and financial support.”
.

“27-year-old Mohan (above & below) was mentally ill. His father and mother had taken him to several places for treatment, but all in vain. They even took him to sorcerers who performed various mantras for him, but to no avail. Then after our Elijah Challenge workers ministered to him over a period of a few days, his mind was completely restored. Mohan and his parents believed in the Lord and accepted Christ as their Savior.”
. “Sulasini Majhji (below) had a urinal infection with bleeding whenever she went to the toilet. Embarrassed, she wouldn’t go to the doctor for a long time. Finally, as her condition worsened she became very weak and anxious. Her family finally took her to the doctor who prescribed medicine for her, but at such a late stage it didn’t help. They came across our Elijah Challenge workers and requested help. When our harvest workers ministered to her in the wonderful name of Jesus, Sulasini was miraculously healed and restored. The grateful family believed and accepted Jesus Christ.”
.

“For an entire month young Ramesh (below) was demonized. He had lost his senses and couldn’t even recognized his close family members. His poor parents were dismayed beyond measure. For ten days different sorcerers marched to their home to perform mantras for their son, but the demon would not leave. Then our Elijah Challenge workers were summoned to help the family. After they rebuked the demon in Jesus’ name commanding it to leave, Ramesh was wonderfully and completely set free. The entire family was thankful to the Lord and accepted Jesus.”
. “Kasturi (below) had pain and swelling in her body for five months. Her older sons took her to different hospitals consulting with various doctors, but their treatments failed. After our Elijah Challenge workers ministered to her in her home, Kasturi was well within three days. They believed in our Lord Jesus and accepted him as their Savior.”
. “Due to arthritis, Gita Munda (below) felt very unwell most of the time. From early on in her life due to the pain she started depending on prescription drugs to the point of being addicted. Then she attended one of our house churches. After our Elijah Challenge workers ministered to her, she was healed from the arthritis and the pain. Gita accepted Jesus Christ.”
.