Mentally-disturbed man would beat strangers and wife with staff. Medical treatment and a sacrifice failed. BUT JESUS! 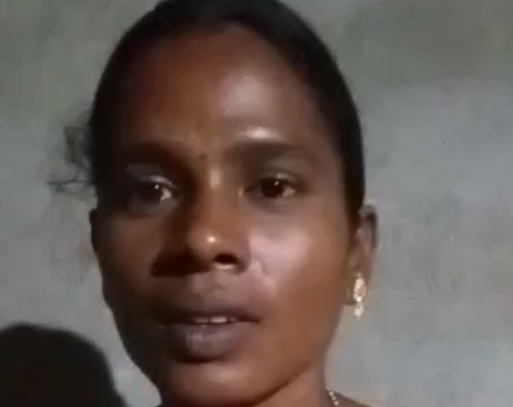 “Thank you so much for your intercessory and financial support for the extension of His kingdom in regions of India totally unreached by the gospel. By the grace of God the ministry to such untouched regions is going very well. Almost every day we are hearing about wonderful fruit from our harvest fields.”
.

“For three years Santosh suffered from a mental disorder. He would leave the house for no reason and without knowing where he was going. He would grab a stick and beat total strangers. He would also beat his wife (above & below) with a staff and an iron rod. Initially his wife had taken him to a hospital where he was seen and treated by a doctor. But his mind was not restored. She also performed a sacrifice as treatment, but it was to no avail. Then she heard about one of our Elijah Challenge house churches, and brought Santosh. There our Elijah Challenge workers prayed and ministered to him with authority, commanding his mind to be restored. At that point Santosh was delivered from the spirit causing his mental disorder. He then put his faith in our Messiah Jesus Christ.”
.

“A man named Balabha had a severe case of diabetes. In our state of Odisha he had already been treated at various hospitals in different cities. He had taken the drugs prescribed by doctors but did not recover—even after six months of the regimen. Finally he returned home in much frustration and discouragement. Then someone told him about our Elijah Challenge house church and ministry. He attended the meeting twice and began experiencing improvement in his condition. After his third time going to the meeting and receiving ministry from our trained workers, he was completely healed from diabetes. Balabha has put his faith in our Lord Jesus Christ and accepted Him as his personal Savior.”
.

“Three months earlier Kalia Harijan fractured his hand in an accident. For a few days afterwards he was treated in a hospital for the fracture. But for two months afterwards the injured hand would not heal completely. Then our Elijah Challenge workers ministered to him in the wondrous name of our Messiah Jesus. Kalia’s hand was healed and he was able to raise and move it around freely. He then accepted Jesus Christ.”
.

“A man named Dasta Hemram was demon-possessed. Having lost his senses he was out of control. He would beat his poor wife for no reason. His wife summoned a sorcerer to come deliver him from the demon, but the effort failed. His wife was very concerned since they had little children at home. Then she heard about our Elijah Challenge workers, and asked them for their help. They came and commanded the demons to leave Dasta in the powerful name of Jesus Christ. They left, and Dasta was totally set free. Then both Dasta and his wife believed and accepted Jesus Christ as their Lord and Savior.”
.

“After Kiran was bitten by a poisonous snake, her leg was infected rendering her unable to walk. At the hospital she was given medicine to take, but she did not feel well at all. Then our Elijah Challenge workers came to minister to her in Jesus’ marvelous name. Kiran was miraculously healed, and accepted Jesus Christ.”
.