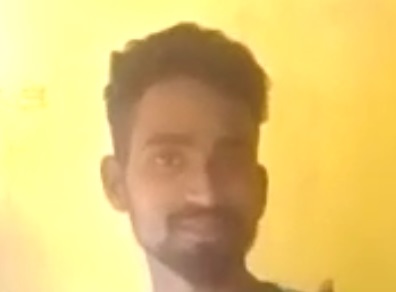 “We are grateful to God for the wonderful ministry He has entrusted to us through our harvest workers.  Thank you so much for your intercessory and financial support.”
.

“Rabi (above & below with his mother) had a mental disorder and was no longer in control of his behavior. He would get angry and even beat his mother and father. He would be disoriented, not knowing where he was going. Finally, Rabi had to be restrained at home with chains for a few days. Then our Elijah Challenge workers came and prayed over him, ministering to him in the wondrous name of Jesus Christ. Rabi was wonderfully delivered and his mind miraculously restored. His entire family accepted Jesus Christ as their Lord and Savior.”
.

“For two years a Hindu man named Dala Samala had kidney failure. His condition did not improve after consultation with doctors and treatment with medication. Then their family heard about the ministry of our Elijah Challenge workers, and called them. Without delay they came to ministered to Dala with the power and authority of the name of Jesus. Dala’s kidneys were miraculously healed. Both he and his family believed and accepted Jesus as their only Lord and Savior.”
.

”Laxman Majhi was demon-possessed. His family had summoned a sorcerer, but he was helpless to do anything. Then he was brought to the home of one of our Elijah Challenge workers. There they rebuked the demon, commanding it to come out of Laxman in the name of the Messiah Jesus. The demon obeyed and left. Laxman and his family accepted Jesus Christ.”
.

“A boy named Sanu had severe diarrhea which left him in critical condition. His distraught parents took him to the hospital. Our Elijah Challenge workers were informed and rushed to the hospital to minister to the boy in the name of our Lord Jesus. Wonderfully, within a few minutes the out-of-control diarrhea ceased. Sanu’s parents were thrilled and accepted Jesus Christ.”
.

“Middle-aged Nayani had arthritis. She was unable to bend over and walking was difficult for her. Our Elijah Challenge workers came and ministered to her in the name of our Lord Jesus. The arthritis and accompanying pain miraculously vanished. Nayani believed and accepted Jesus Christ.”
.

Supernatural miracles in Third World Missions does not conflict with Cessationism