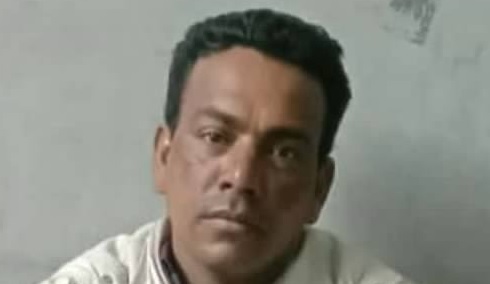 “So grateful to God for the wonderfully fruitful ministry He has entrusted to our harvest workers! Thank you so much for your intercessory and financial support.”
.

“A man named Mahanad (above & below) retained water in his kidneys causing him much worry. Day by day he became sicker and sicker. His doctor had given him a long list of required treatments which if unheeded would result in permanent damage to his kidneys. But then Mahanad met with our Elijah Challenge workers who ministered to him in the name of Jesus. The Lord healed him, and Mahanad put his faith in Jesus as his Lord and Savior.”
. “While on her way to take her daily bath in a nearby pond, Jagruti (below) was attacked by a demon spirit. She couldn’t speak or tell her family what had happened. Her family brought her home and contacted our Elijah Challenge workers. They came and with authority rebuked the demon in the name of Jesus Christ. Jagruti was immediately set free. She then put her faith in Jesus Christ.”
. “During a period of four months, Nupur Chatria (below) was attacked by demonic forces, at times leaving her unconscious. When she awoke she had no remembrance of what had happened to her. Her family consulted with two sorcerers, but they were unable to do anything for her. Then after hearing about our Elijah Challenge workers, they asked them for help with the demons. Our workers came and rebuked the unclean spirits, commanding them to leave Nupur in the mighty name of Jesus Christ. She was delivered and set free. After that she and her family accepted Christ.”
. “Bibek (below), a young boy, had sickle cell anemia requiring him to receive blood transfusions from his parents and relatives every three months. Sickle cell is a terrible disease and, as his parents were to discover, with no medicine effective in treating it. Finally they contacted our Elijah Challenge workers. After they ministered to him with authority in Jesus’ name, Bibek was miraculously healed. His parents believed and accepted Jesus Christ.”
. “After bleeding for two months, Kabita (below) suffered terribly. Her family took her to a doctor who gave her medicine. After a few days, however, the bleeding persisted. Then they took her to an herb doctor who gave her ayurvedic medicine. But there was no change. Then our Elijah Challenge workers ministered to her. After that the bleeding stopped, and Kabita was healed. She accepted Jesus Christ.”
.