Man from totally unreached people set free from legion of demons, now baptized and wants to reach his people 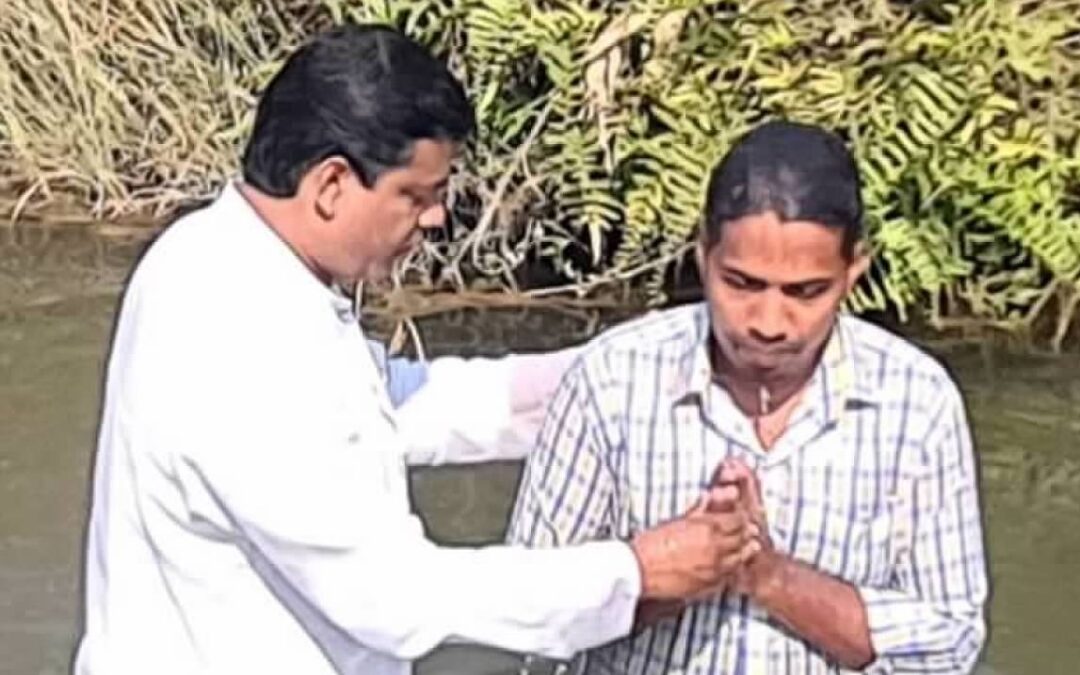 “What a joy to share with you about the Lord’s marvelous work among the various unreached people groups in India.

At the end of last year (2020) Durga Sahu’s family approached us after one of our believers, who had been delivered from a spirit of suicide, introduced us to them. Durga was possessed by a legion of demons. His desperate parents pleaded with sorcerers and temple priests for help, but none could deliver him. They even went to churches, but sadly even they couldn’t help. At times he would behave normally, but when the demons came upon him it was indescribable. He would have an insane fear of death.

In the end Durga’s parents gave up any hope for his future. In vain they had spent hundreds of thousands of rupees for his treatment without an iota of improvement. But after we ministered to him with authority in the wondrous name of Jesus, the legion left him. After that he stayed quiet for a few days. He and his family come from a higher caste in India called the “Teli”—a people group totally unreached with the gospel and known for making sweets.

Last week he called us and informed us that he wanted to be baptized. Today we baptized him. Durga has decided to reach his people with the gospel. He now wants to grow in our Lord Jesus Christ. All glory to God alone.”