Life miraculously restored to a lifeless child in Africa 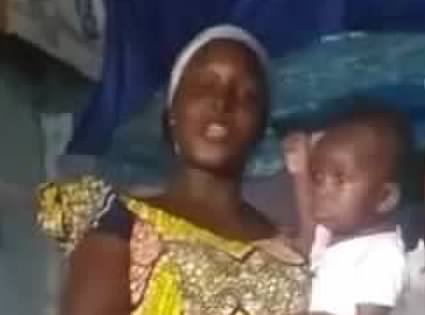 “After our Sunday service at church, I was resting in my office when I heard a woman’s voice asking, “where is Pastor?”

Immediately I went out and saw a woman holding a lifeless, seven-month-old boy in her arms. She told me that she was the child’s aunt. Her sister the child’s mother had already been to three hospitals, but was told there was no hope for her child. She was at home weeping in hopelessness when she met her sister. After her sister the child’s aunt understood the situation, she brought the baby to church looking for me. I then told the woman to take the child into the sanctuary.

The baby’s eyes were white and staring up blankly. His mouth was gaping open and limp. I laid hands on his head and rebuked the spirit of death, commanding life to return to him in the name of Jesus Christ. An extraordinary miracle took place. The boy’s aunt then left with him. As she was reaching home, life returned to the boy’s body. His eyes were now looking around and his mouth was no longer hanging open but shut. At home he started eating again. God had miraculously healed him!

Look at the short video below where the aunt testifies as to what the Lord did for her nephew. The child’s mother is standing by her side.

The very same Sunday another woman came to church with two twins. When she was pregnant with them and about ready to give birth, the doctor informed her that surgery would absolutely be necessary. So she came to church seeking the Lord’s help. There, after I prayed, I declared that no surgical knife will touch her in the name of Jesus Christ. Later that same week she gave birth to the twins without the operation. All praise to God and thanks to The Elijah Challenge for teachings that have greatly activated our faith.”
.