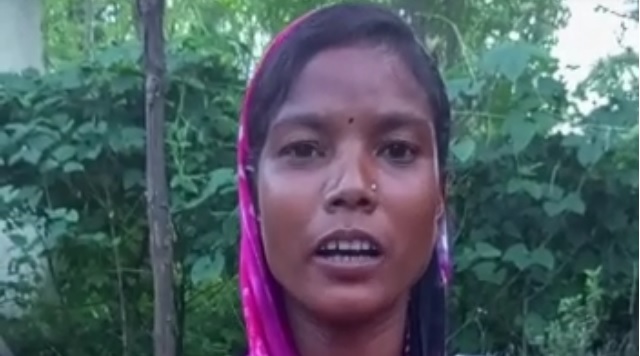 “Thank you so much for your intercessory and financial support for the extension of His kingdom. We are so thankful for the great harvest taking place here in India.”
.

“A young lady named Urmila (above & below) was admitted to the hospital due to severe pain in her joints. After examining her, the doctor gave her some medicine to take. The next day Urmila went home. But after two or three days the pain recurred. So Urmila went to another hospital to get a second opinion. The doctor there diagnosed her with kidney failure. For Urmila it was like a death sentence. In despair she would just weep, not knowing what could be done.

But it happened that her brothers knew our Elijah Challenge workers. She contacted them, and they promptly went to see her at her home. After they prayed and ministered to her in the wondrous name of Messiah Jesus, both of Urmila’s kidneys were miraculously healed and functioning—as confirmed by her doctor. Her entire family believed and accepted Jesus as their only Lord and Savior.”
.

“A man named Hari Sankar Munda was in critical condition due to very high blood pressure. He had been admitted to a village dispensary where he struggled for life. The medicine prescribed for him did not bring down his high blood pressure. Finally our Elijah Challenge workers were summoned to the hospital where without delay they ministered to him in the name of Jesus the Messiah. Immediately his spiraling blood pressure went down to normal. Hari believed and decided to accept Jesus Christ.”
.

“Before contracting malaria and jaundice, Mahendra had run a high fever for a few days. He was so weak that he could not even raise his hands. He had been under the treatment of a doctor for many days, but there was no change. Then someone told him to go to church. And so Mahendra came and attended one of our house churches. There our Elijah Challenge workers prayed and ministered to him in the matchless name of Jesus the Messiah. Mahendra was then completely healed. After the miracle the gospel was preached to his family, and Mahendra accepted Jesus Christ.”
.

“For a long time a young woman named Gita Kuldip had difficulty breathing. As a result Gita couldn’t work and very ill at ease. Her father and mother took her to see a doctor who put her under medication. But her breathing remained onerous. Then our Elijah Challenge workers prayed and ministered to Gita in the name of Jesus Christ. She was miraculously healed and her breathing restored. Her entire family then accepted Jesus Christ as their only Lord and Savior.”
.

“Ramani had been under medication due to a longstanding issue with her stomach. But her painful suffering nevertheless continued. When our Elijah Challenge workers came and ministered to her in the wondrous name of Jesus Christ, she was wonderfully and miraculously healed. Ramani then believed and accepted Jesus Christ.”
.