INDONESIA: Bedridden man miraculously healed at a distance of 1,000 miles; accepts Christ and is baptized 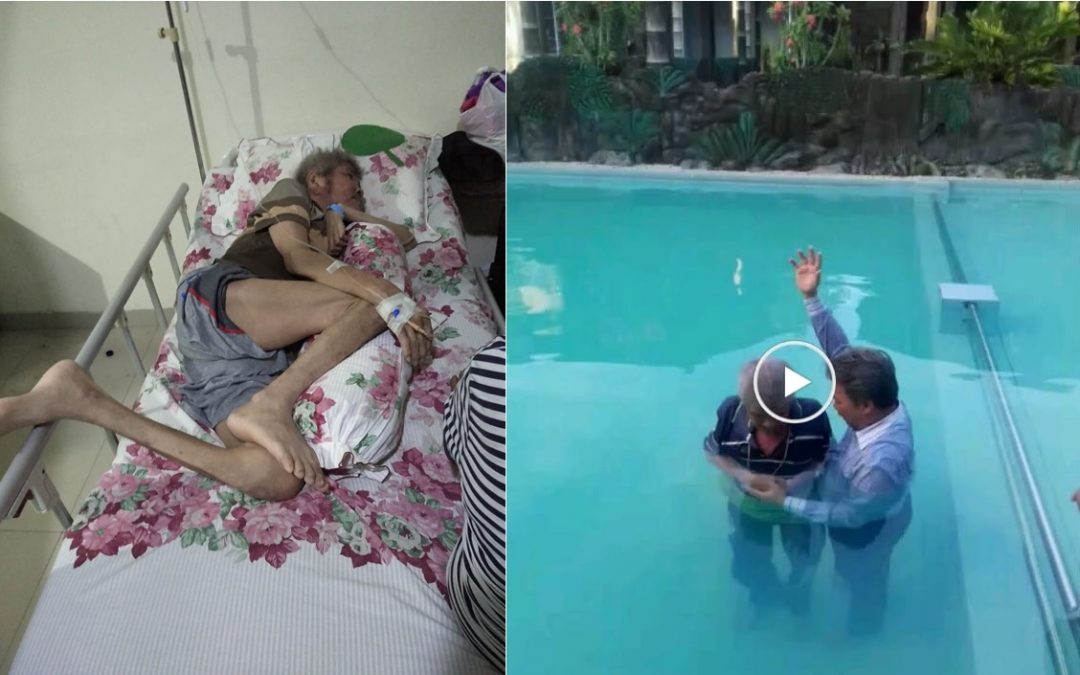 “At our February 2020 Elijah Challenge Training conducted at Anjungan Bible School in Indonesia’s West Kalimantan State, a student named Ria Veronika approached us and asked us to minister healing to her bedridden father who was at home in Manado, North Sulawesi—about 1,000 miles away. He had been sent home from the hospital.

And so during one of the sessions we ministered to him at a distance over Ria’s mobile phone, rebuking the sickness with authority in the name of Jesus Christ, commanding him to be healed. Later we led all the students present at the Training to minister to him in the same way, issuing authoritative commands to him at a distance in the name of Jesus Christ. Ria herself also continued to minister to her father in the same way. True authority is in no way affected or diminished by distance.

The following day he got up from his bed. Soon after that a servant of God came by to share the gospel with him (below—photo only). He accepted Christ, and was then baptized in water.”
.