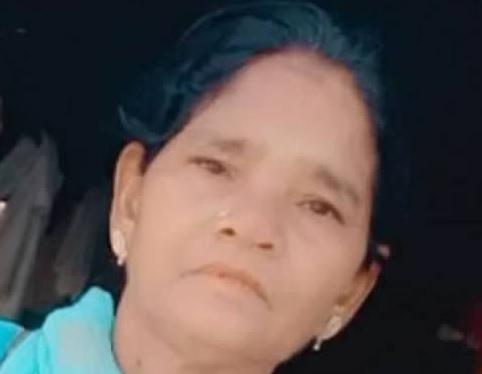 “Praise the Lord for His gracious covering during such a very difficult time here in India. The current situation with COVID-19 is the worst ever in the history of India, especially among the youth.

The Lord is doing a wonderful work through our harvest workers with new believers in over 22 regions ready for baptism. We must now wait for the India to open up.”
.

“Gulson Kurney and his wife (below) were in serious condition, having tested positive for COVID. They were taking the prescribed medication, but their condition didn’t really improve. In deep anxiety they contacted our Elijah Challenge workers. They came and ministered to Gulson and his wife in the wonderful name of Jesus Christ. Both were miraculously healed from COVID, and afterwards accepted Jesus as Lord and Savior.”
. “A woman named Moti Bai (above & below) had tested positive for COVID-19. She was sick, struggling to breathe, and afraid she was going to die. But she was so miraculously healed as our Elijah Challenge workers ministered to her. Along with her family, Moti put her faith in Jesus and accepted Him as Lord and Savior.”
. “Krishna (below) was a young man possessed by a strange demon of gluttony causing him to overeat. Within a month he had consumed 100 kg (220 lbs) of rice. When I heard about him from one of our workers I was quite skeptical. I called his family and inquired. I was assured that the report was true. The demon possessing Krishna was constantly asking for rice and eating. But after our Elijah Challenge workers rebuked the demon in Jesus’ name and commanded it to leave, Krishna was set free and stopped overeating. He accepted Jesus Christ along with his family.”
. “Seventy-year-old Anima (below) had been ill for a month. Her condition worsened and she stopped eating. She stayed in bed and could no longer get up. People thought that she had COVID, so her family quarantined her. They didn’t talk to her or even bring food to her. Then one of her very concerned grandchildren called our Elijah Challenge workers. Without hesitation they went to their home and ministered to Anima in the name of Jesus. She was miraculously healed. She believed and was very thankful to the Lord.”
. “For four months young Rani (below) suffered from a mental disorder. Despite undergoing various kinds of treatment for the disorder, her mind wasn’t well. Her family then summoned sorcerers to come and perform mantras for her. But there was no change. Finally, Rani was healed and delivered after our Elijah Challenge workers ministered to her in the wondrous name of Jesus Christ. Rani put her faith in Jesus and accepted him as her only Lord and Savior.”
. “I had the pleasure of performing a wedding (below) for a couple from among our new believers. They are from a Maoist-dominated region. Due to COVD-19 restrictions only a few people were allowed to be present during the ceremony.”
.