Humiliated since she was childless for 8 years, Kumudini conceives in Jesus’ name and gives birth to baby boy! 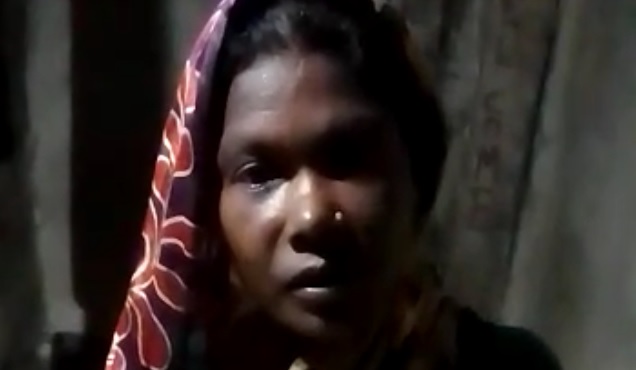 “Greetings to you in Jesus’ precious name. Thank you so much for your intercessory and financial support for the ministry here in India. Last week I visited three districts of our harvest field here where I met with our Elijah Challenge workers. In various venues there we had meetings for our trained workers and separately for our believers.

I also met with servants of God serving in other ministries, and they great encouraged me with what they shared. They told me many of our Elijah Challenge workers had started to work with them, and miraculously their congregations grew [likely due to the miracles of healing and deliverance]. By the Lord’s wonderful grace, our ministry is a blessing both to believers as well as to servants of God serving in other ministries. In the days ahead, the harvest here will be reaped in great measure.”
.

“Kumudini (above & below) had been married for eight years, but was childless. Because of this she was greatly humiliated in her village as well as in her father-in-law’s home. Her husband did not lose hope and took her for treatment in various hospitals as well as seeking help from sorcerers. But all their money was spent to no avail since Kumudini simply could not conceive. Then her husband brought her to one of our house churches where our workers prayed and ministered to her in Jesus’ name. Wonderfully, Kumudini conceived and later gave birth to a baby boy. Their long wait was over. Both she and her husband then believed and received Jesus Christ as their only Lord and Savior.”
.

“Sumati had severe difficulty walking after a year of enduring arthritis. She had been under the regular care of a physician, but her condition remained unchanged. Then our Elijah Challenge workers ministered to her in the wondrous name of our Messiah Jesus, and she was miraculously healed from the arthritis. Sumati then accepted Jesus Christ.”
.

“Rajani had diarrhea for a week. She was very sick and weak. She had been admitted to the hospital where she was treated with glucose. But in great disappointment she had to be taken home. Then our Elijah Challenge workers were called to come pray over her. They came and ministered to her with the authority and power of the name of Messiah Jesus. The diarrhea stopped and Rajani was miraculously healed. Her entire family then accepted Jesus Christ.”
.

“A man named Ganesh suffered greatly from a disease marked by fits of coughing and vomiting which the doctor could not diagnose. Despite taking prescription medication for a long time, he became very weak and his condition worsened. After a few months Ganesh was bedridden and could no longer talk. He stopped taking the medication since it had not helped him at all. Then over a period of a few days, our Elijah Challenge workers ministered to him in the unmatchable name of our Lord Jesus Christ. The Lord healed him, and he was able to talk again. Along with his family, Ganesh put his faith in Jesus Christ alone.”
.

“The head of young boy named Kamal Kant would start shaking from time to time. The lad had been under treatment for the condition, but there had been no change. One day on his way home from school Kamal started shaking and fell down on the ground. Seeing that medical treatment had not helped his son, his father called our Elijah Challenge workers to come minister to his son in the name of Jesus. The shaking stopped, and Kamal was healed. The whole family then believed and accepted Jesus as their only Lord and Savior.”
.