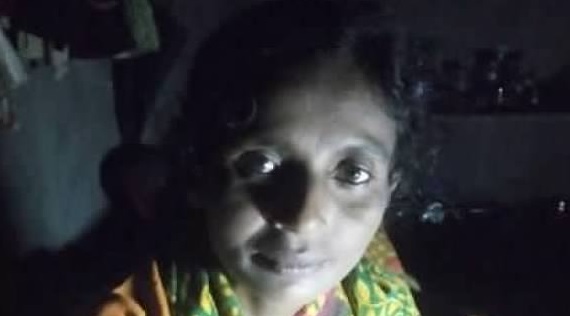 “Thank you so much for your intercessory and financial support for us to win precious unreached souls with the Lord’s supernatural power and authority.”
.

“A woman named Hema (above & below) had been bitten by a poisonous snake and afterwards lost consciousness for several hours. When her family came to hear about our Elijah Challenge workers, without delay they contacted them. Our workers set out and arrived at Hema’s home. They ministered to her in the unmatchable name of Jesus Christ, and after a few minutes she regained consciousness. Hema then put her faith in Jesus and accepted him as her only Lord and Savior.”
. “For two weeks Phula Oram (below) suffered from COVID-19 with a very high temperature, a cough and a cold. Our Elijah Challenge workers came and ministered to her with the Lord’s supernatural authority and power. Phula was miraculously healed from the dreaded virus. Along with the members of her family she accepted Jesus Christ.”
.

“Another woman named Nalini (below) also had COVID. Not only did she have a fever and pain, she couldn’t taste food anymore. Despite being under medication, her temperature remained sky-high. But after our Elijah Challenge workers ministered to her with authority in the name of Jesus, the symptoms vanished and she was well again. Nalini accepted Jesus.”
. “Daima Harijan (below) had been attacked by a demonic force. Her legs had swollen up, and she couldn’t hold her head up straight. At the local hospital the doctor did some scans, but could not find any reason for her condition. Daima was taken home where for three days she just stayed in bed. A sorcerer came by to perform mantras for her, but to no avail. Then her family came to know about our Elijah Challenge ministry, and so requested help from our workers. Without delay they went and ministered to Daima, rebuking the demon in Jesus’ name and commanding it to leave her. She was completely set free and healed. Along with her grateful family, Daima believed in Jesus as Lord and Savior.”
. “For two years a woman named Bhagabati Sau (below) had debilitating arthritis. She had trouble walking and doing her work. She had been under medication, but it didn’t help. Then our Elijah Challenge workers reached her home and ministered to her in the wonderful name of Jesus. Bhagabati was miraculously healed, and accepted Jesus Christ.”
.