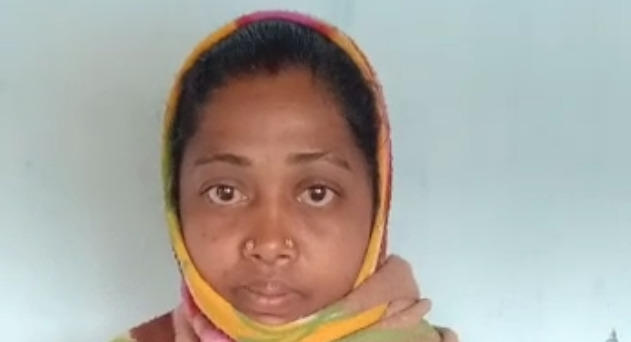 “Thank you so much for your intercessory and financial support for the extension of His kingdom in India. The Lord is so very gracious to use our Elijah Challenge workers to produce good fruit for the gospel here.”
.

“For some reason a woman named Jema (below) had been unable to see and was totally blind for a long time. Treatment by a doctor did not help. Then her husband came across our Elijah Challenge workers. He brought Jema to one of our Elijah Challenge house churches where our workers ministered to her in the name of our Messiah Jesus. The Lord then touched her; Jema’s eyesight was miraculously restored. She could see again! Both she and her husband then accepted Jesus Christ as their only Lord and Savior.”
.

“A woman named Soudamini (above & below) was addicted to alcohol and smoking, and for a year and a half had a stomach infection which caused her unbearable pain. At her local hospital the doctor suggested that she seek treatment at the better-equipped hospital in the city. But Soudamini would not be able to afford it, and so she did not go. Then our Elijah Challenge workers ministered to her in the incomparable name of our Lord Jesus. She was miraculously healed from the stomach infection and the pain vanished. She then accepted Jesus Christ, and stopped drinking and smoking.”
.

“For three painful years Lalita (below) suffered from arthritis and had difficulty walking due to the pain. She had taken prescription medication for the condition, but the arthritis persisted. She had also taken ayurvedic medicine available locally, but to no avail as well. Then our Elijah Challenge workers came and ministered to her with supernatural authority and power in Jesus’ wondrous name. Lalita was miraculously set free from the debilitating arthritis and could move around without pain. She accepted Jesus Christ along with her family.”
.

“For the past eight to ten days Hitendri Majhi (below) had a severe fever which would not go down. Her husband summoned a village doctor who treated her with an injection. But two days later the fever recurred. Her husband could not decide whether or not to take Hitendri to the hospital. Close to their village, however, was located one of our Elijah Challenge house churches. Our workers were asked to go minister to her. They went and in the name of Jesus Christ laid hands on her and rebuked the fever with authority. Hitendri was then miraculously healed from the fever. After that she accepted Jesus Christ along with her husband.”
.

“Ajit (below) was a young man who was so tormented by nightmares that he was afraid to sleep at night. In the middle of the night he would hear unusual sounds coming from the roof and the door. The family was no longer able to sleep in that room. They called a sorcerer to come speak mantras over the room, but no change was forthcoming. Then our Elijah Challenge workers were called. They came and rebuked the demon, commanding it to leave the room in the powerful name of Jesus Christ. The demon obeyed and left the home. After that the family believed and accepted Jesus Christ.”
.