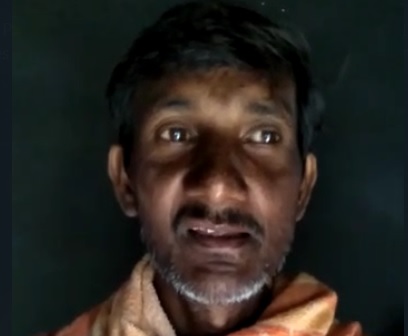 “Thank you so much for your intercessory and financial support. We are doing well in the ministry here in India. A few of our believers’ homes have been damaged due to flooding. Please uphold them in prayer.”
.

“A man named Barla had serious kidney failure, landing him in the hospital. The doctors treated him with prescription drugs, but his kidneys did not respond. He was discharged from the hospital. At home his children had to take care of him since he could no longer walk. Then they called for our Elijah Challenge workers who came and ministered to Barla in the name of Jesus over three consecutive evenings. Our gracious Lord healed him, and his kidneys were miraculously restored. Barla and his family believed and accepted Jesus Christ as their only Lord and Savior.”
.

“For a long time Padmabati suffered from a burning sensation in her body. Without taking prescription medication it was very difficult for her to make it through even a day. Then her husband fell ill as well. They both underwent CAT scans, and her husband was diagnosed with a kidney infection. Anxiety over their conditions began to overcome them. But when our Elijah Challenge workers came and ministered to them with authority and power in the name of Jesus, both were touched by the Lord. After their miraculous healing both accepted Jesus as their Lord and Savior.”
.

“A woman named Sema Barla had severe menstrual bleeding for the past few months. She would bleed every hour. A doctor treated her with an injection, but her condition continued. Then our Elijah Challenge workers came and ministered to her in the marvelous name of Jesus. She was miraculously healed, and the bleeding stopped. Sema then put her faith in our Lord Jesus Christ.”
.

“For a week a woman named Jyoshna Bhoi had a bad fever. She had taken a pill to bring the fever down, but it was resistant. Her husband then called for our Elijah Challenge workers. After they arrived at their home, they ministered to her in the wondrous name of Jesus. Jyoshna’s fever then miraculously vanished.”
.

“Jamu had been vomiting blood. Even though she lived very far from the local hospital she went to see the doctor there. After taking the medicine he gave her, she continued to vomit blood. So her husband decided to call for our Elijah Challenge workers. After they ministered to Jamu in the wonderful name of Jesus, the vomiting ceased. Both Jamu and her husband accepted Jesus Christ.”
,