High caste Hindu woman had back pain for 30 years despite innumerable hospital visits; was weak & sickly. After healing, determined to follow Jesus. 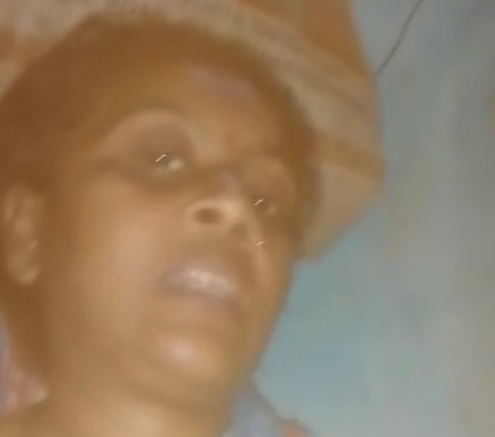 “Thank you so much for your intercessory and financial support for the extension of His kingdom in India. Although there is strong persecution in our harvest field by fanatic Hindu groups, our work continues to bear good fruit. Please pray and ask the Lord to protect our workers and our new believers.”
.

“Jharana Das (above & below) was a high caste Hindu who had suffered from back pain for an unimaginable thirty years. During that time she had been to innumerable doctors and hospitals for treatment which turned out to be ineffective. Eventually she became weak and very sickly. Then Jharana heard about one of our house churches from a woman who had attended the house church once and was miraculously healed. Jharana went to the house church where our workers prayed and ministered to her in the matchless name of Messiah Jesus. The Lord healed her. She accepted Him as her only Lord and Savior, determined to follow Him faithfully.”
.

“For a long time a man named Naresh suffered from severe back pain. He wasn’t able to walk with clutching a staff. For a month he had taken medication prescribed by a doctor, but there was no improvement. After that he took local ayurvedic medicine, but again to no avail. Then our Elijah Challenge workers came to pray and minister to Naresh in the name of our wonderful Messiah Jesus. The back pain totally vanished and he was able to walk freely without the staff. After the gospel was preached to him and his family members, they all accepted Jesus Christ as their Lord and Savior.”
.

“For a few years Basanti Gudia suffered from sickle cell anemia. She had already spent a lot of money on expensive hospital treatment, but the sickle cell would not relent. She then went to a Siba Temple seeking help from the Hindu god there through the temple priest, but she couldn’t get well. Then after her husband came to hear about our Elijah Challenge workers, he summoned them. After they prayed and ministered to her in the wondrous name of Jesus, she was miraculously healed from the sickle cell anemia. Along with her husband, Basanti accepted Jesus Christ.”
.

“Little Deepika had a throat infection for a month, making it difficult for her to eat and drink. Her father had taken her to the local hospital where the doctor prescribed medicine for her. But Deepika’s throat remained infected and painful despite her taking the medicine for a few days. She was taken back to the doctor who advised them to go to the hospital in the state capital for more advanced and effective treatment. But the family was poor and would not be able to afford such treatment. Then our Elijah Challenge workers prayed and ministered to her in the wonderful name of our Messiah Jesus. Little Deepika was then miraculously healed. Both her father and mother put their faith in Messiah Jesus.”
.

“A few months back a man named Kalia Harijan fractured his hand in an accident. Despite receiving medical treatment his hand was not fully restored. It lacked its normal strength, keeping Kalia from cultivating the land on his farm. Then he came to one of our house churches where the Lord healed him after our workers prayed and ministered to him in Jesus’ marvelous name. Kalia believed and accepted our Lord Jesus Christ.”
.