Elderly woman with incapacitating rheumatoid arthritis had severe pain in her legs, but GOD…! 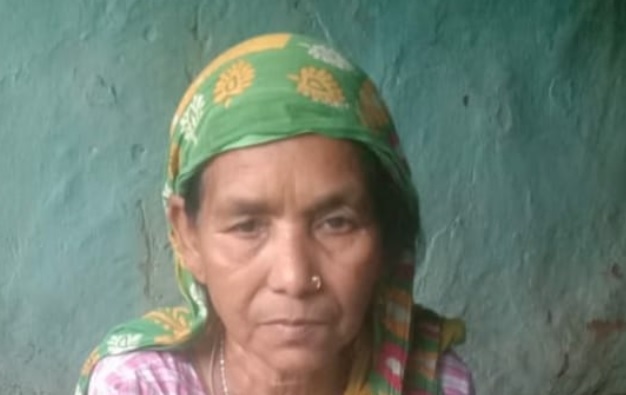 “Praise God for the powerful reports we’ve received from our dear harvest workers. Thank you so much for your intercessory and financial support.”
.

“Elderly Hemanti (above & below) had arthritis for four years, and had a lot of difficulty walking and doing personal chores. There was severe pain in both legs. Medicine didn’t help. But as our Elijah Challenge workers ministered to her, the Lord healed her. Hemanti and her entire family accepted Jesus Christ.”
. “For a long time Lalita (below) suffered from a skin disease causing her unbearable itching. Taking various medications from different hospitals did not alleviate the condition. And so she tried medication from a doctor specializing in ayurvedic medicine, but again with no change. Finally she contacted our Elijah Challenge workers who ministered to her with authority and power in the name of Jesus Christ. The Lord healed her skin condition and the itching ceased. Along with her family, Lalita accepted Jesus Christ.”
.

“Sahani Khadia (below) had typhoid. She had been admitted to the hospital, but after a few days of treatment with drugs she didn’t recover. But after our Elijah Challenge workers ministered to her in Jesus’ name, she recovered. Then Sahani accepted Jesus as her only Lord and Savior.”
.

“Young Amana Munda (below) had had a stomach infection for three years. From time to time a fever would wreak havoc on his body. His very concerned parents took him to several hospitals one after another spending a lot of money for treatment, but their son didn’t get well. Then his father contacted our Elijah Challenge workers who came and ministered to him in Jesus’ name. The infection then vanished, and Amana was healed. His father and mother then believed and accepted Christ.”
.

“Sunatana (below) had epilepsy, and could not raise his hand. Spending a lot money on much medication did not help. When he came to know about our Elijah Challenge ministry, he requested the help of our workers. They went and ministered to him in Jesus’ name, and the Lord healed him from the epilepsy and he could raise his hand again. Sunatana then accepted the Lord.”
.